The 1974 Slade Classic, Slade In Flame, To Reissue On Collectible Vinyl

For a few months now, BMG has been revisiting the classic albums from Slade, providing collectible color vinyl package. With Slayed?, and Old New Borrowed And Blue already reissued on vinyl, BMG rejoins the effort with their next in line. 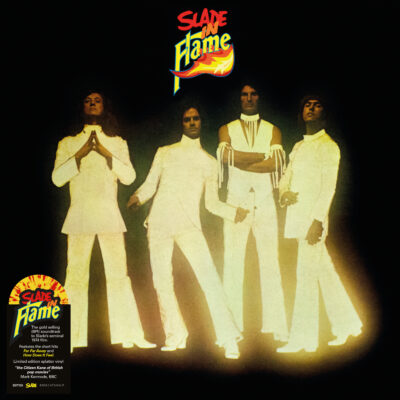 On November 26, BMG plans to reissue Slade In Flame on color vinyl. They will produce a limited edition of Slade‘s 1974 album that will press in yellow and red splatter. Slade In Flame was the band’s 5th album, and a soundtrack to the Slade film of the same name. It produced two hits in “Far Far Away”, and “How Does It Feel”.