Marvin Gaye is one of our great R&B soul musicians. In addition to his great voice, he took great interest in the world around him. His lyrics and his lability to merge those into his unique Motown sound led to the extraordinary and illumined album called What’s Going On? That album delivered four timeless and essential tracks that included “What’s Going On?”, “Mercy, Mercy Me (The Ecology)”, “Inner City Blues (Make Me Wanna Holler”, and “Save The Children”. Each of those songs and the whole 1971 studio effort created an important musical document of the turbulent times that surrounded the late ’60s and early ’70s. 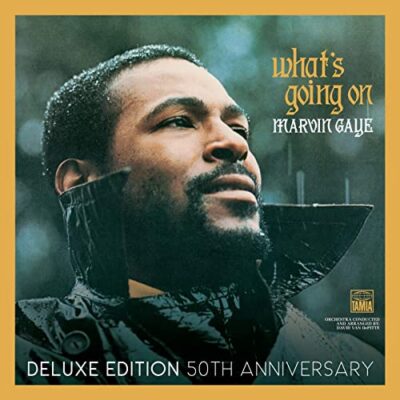 On December 3, Motown Records will celebrate the 50th Anniversary of the 1971 Marvin Gaye classic, What’s Going On with the remastered (direct to analogue mastering from the original primary album tape reels) set. This package will result in a 2LP set that will provide not only the original album, but also 6 mono single mixes (previously released), and 4 bonus tracks of “What’s Going On?”, one of which is a previously unreleased “stripped” version, all on physical vinyl. 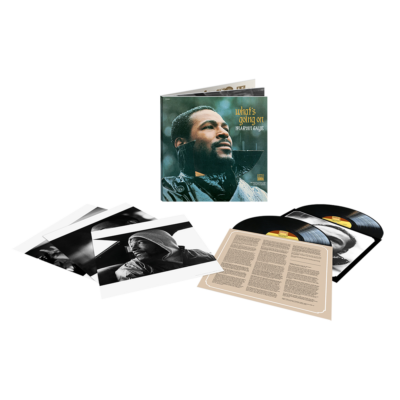 The 2LP set will offer 2 180g-weight vinyl LPs in a heavy stock jacket for preservation. The gatefold jacket will present printed lyrics, with sleeves that will have printed details of the album and its songs. The included booklet will contain rare photos and a new essay on the period, Marvin Gaye, the singles, and the album itself. A Limited Edition 2LP set will include a set of lithographs. The DD version of this set was released in January of 2021.