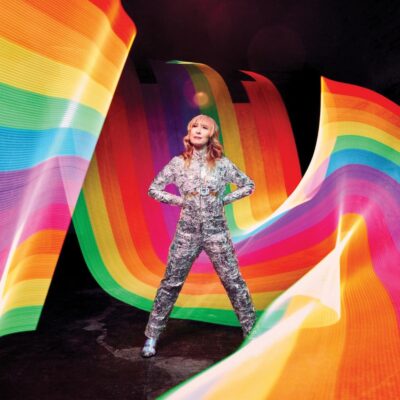 On September 10, after a lengthy 6-year hiatus, Heartless Bastards will release their latest album, A Beautiful Life. The new album will feature eleven new tracks including the previously released single, “Revolution”, and the new single, “How Low”.(hear both tracks below).  A Beautiful Life is planned to be issued on CD (a standard and a signed edition), DD, and several vinyl 2LP sets that include 300 copies of a hand-poured neon pink and orange-colored vinyl (each LP will present a unique display of the neon pink and orange vinyl due to the hand-pour – the signed edition of this color set is already sold out), neon pink-colored vinyl, also featuring an Erika Wennerstrom signature edition. A wealth of bundles that include an “all-in” CD, two 2LP editions, DD, a limited edition silk-screen poster, an imprint beach towel, “space shirt”, a rainbow tumbler, canvas tote, and a “space trucker” cap. There are smaller bundles offered. (Go here to order any version of A Beautiful Life.)

A Beautiful Life is being handled via Sweet Unknown Records, the personal band label.