One of the great guitar players, Steve Hackett, has graced the stage with Genesis once upon a time. In Genesis through their excellent Wind & Wuthering, Steve Hackett left the band to pursue sol work, of which he has a rich catalog of. To date, he has released over 25 studio sets, some of them classical releases. (You SHOULD hear his version of the Morricone classic, “Love Theme for Cinema Paradiso” on guitar! Hear below.) 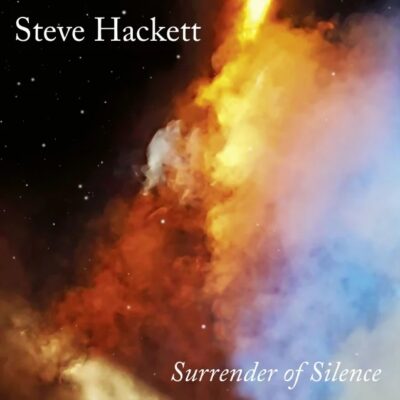 On September 10, via Inside Out Music, Steve Hackett will release his next album, Surrender of Silence. The new album features eleven new tracks recorded during the pandemic lockdown. His previous album was a classical one, Under A Mediterranean Sky, was released earlier this year and rose to a lofty #2 position on the UK Classical charts. The new album – Surrender of Silence – is an exploration of world music fused with a Rock style.

Surrender Of Silence will be issued on CD, a limited edition CD/BD in a hardcover slipcase, 2LP (gatefold) with a CD packed in, single LP, and DD formats.