Styx Set To Deliver New Album, Crash Of The Crown

For quite some time, Styx held the upper rungs of Rock in good hands with five multi-platinum albums, and four gold albums. With that, there were more than ten high-charting singles that includes their best known song, “Babe”. In 1973, Styx released their first album on an RCA off-shoot label, Wooden Nickel. They released three albums on the label before a DJ played “Lady” from the second and catapulting the band to the top. From there, the rest is history. Eventually, Dennis DeYoung left the band after several derailments. But Tommy Shaw, James Young, and Chuck Panozzo remain from the earlier, most popular incarnation of Styx. 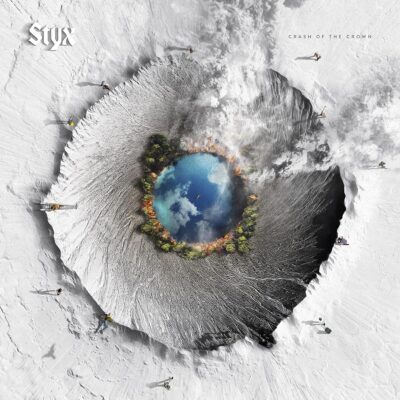 On June 18, Styx will deliver their 17th studio set, Crash Of The Crown. Filled with 15 new songs, the new sets shows that the band still has music in them. You can hear the title track single below.

Crash Of The Crown will be released on CD, DD, and industry black vinyl LP.