The Punk Rock origin is a complex one. Some will say that bands like The Velvet Underground laid the groundwork and helped to father Punk, while others will say that the New York Dolls has the right of passage for the genre. Certainly one of the more visible bands was the Sex Pistols. And so some can likely say that the UK was the fertile ground for Punk. Certainly there was plenty of unrest there during this period. Regardless, the evolution of Punk is close to both the UK and the US timelines for likely the exact same reasons of a flailing outlook for the future. 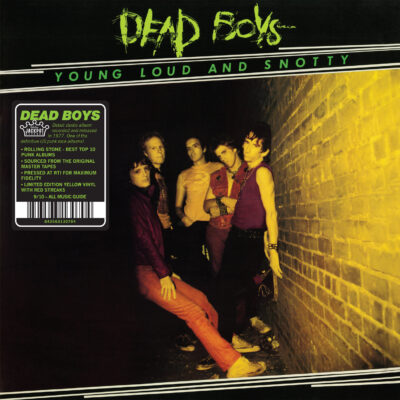 One of the New York bands known for their irreverent Punk attitudes were Dead Boys. Originated in Cleveland, the band moved to NYC where they were frequently on the CBGB’s stage. With Punk Rock becoming a record label interest, Dead Boys were signed to influential Sire Records where they released their 1977 classic, Young Loud and Snotty. The album charted well enough to allow for a closely followed second album, We Have Come For Your Children (1978). Young Loud and Snotty was noted by Rolling Stone magazine as one of ten greatest punk albums in a reader’s poll. 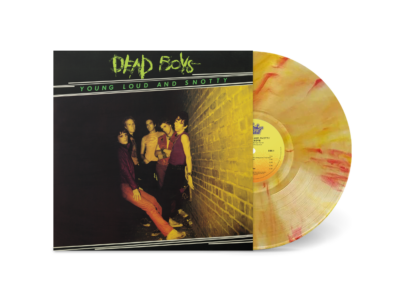 On June 11, Jackpot Records will revisit Young Loud and Snotty with a new limited edition vinyl reissue. The music was sourced from the original master tapes and pressed on yellow vinyl with red streaks for the collector.  You can pre-order this LP here. Watch a half hour Dead Boys set at CBGB from 1977 below.