After recording Number The Brave with Wishbone Ash, John Wetton elected to move on and help form the supergroup, Asia. He brought to the fold Steve Howe (Yes), Carl Palmer (ELP), and Geoff Downes (The Buggles/Yes) and released their first album, the eponymous Asia. The debut album generated a big radio hit with “Heat Of The Moment”. For three albums, the band was high on the charts until departures watered down the essence. Nevertheless, the promise of the band was pushed forward with new members that included John Payne, who along with Geoff Downes, kept Asia going with six more albums. Eventually, the original crew reformed and delivered three more albums through 2012. The final Asia album, Gravitas (2014), was without Steve Howe. 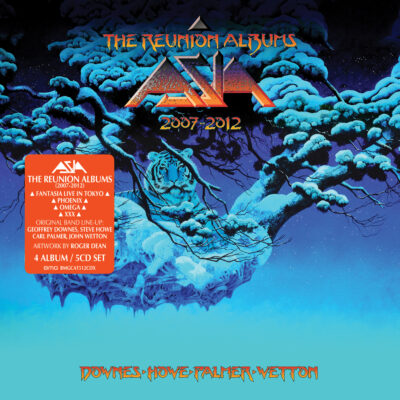 On June 11, BMG will release a 5CD clamshell-styled Box named The Reunion Albums 2007-2012. In it will feature three albums with the classic lineup as well as the 2007 2CD live set, Fantasia – Live In Tokyo recorded during their 2007 World Tour on March 8, 2007. In this album are songs played from each of the members’ previous bands. The four albums all contain original Roger Dean artwork although the Fantasia cover has been updated. The box cover art was pulled from a previously unused Dean art piece. 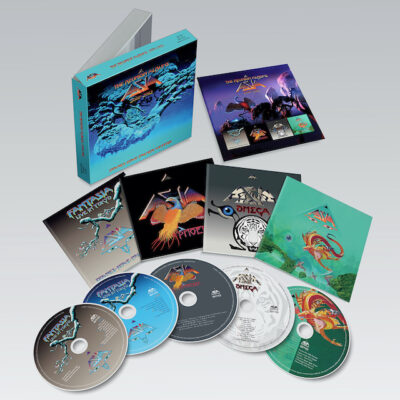