Fleetwood Mac have a rich history of existence with many great musicians having flowed through the ranks of the band. Throughout their career path, Fleetwood Mac employed the likes of Peter Green, Jeremy Spencer, Danny Kirwan, Bob Welch (who veered them into a decisive Pop direction), and Lindsey Buckingham, to name a nice spread of guitarists. Their most important point is likely their origin point with Peter Green. 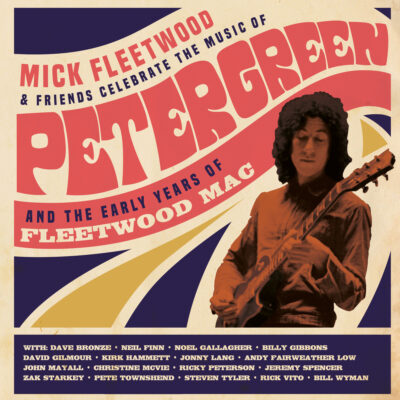 On February 25th of 2020, Mick Fleetwood enlisted the assistance of many friends to help celebrate the early years of Fleetwood Mac with Peter Green. The show took place at the London Palladium. Among the friends were Steven Tyler, John Mayall, David Gilmour, Pete Townshend, Jeremy Spencer, Billy Gibbons, Johnny Lang, and others. Together they created a memorable memorial to the times of Peter Green and his involvement in early Fleetwood Mac. In essence and as the title indicates, this show is as much a tribute to the early years of Fleetwood Mac as it was to the musical genius and guitar mastery of Peter Green. 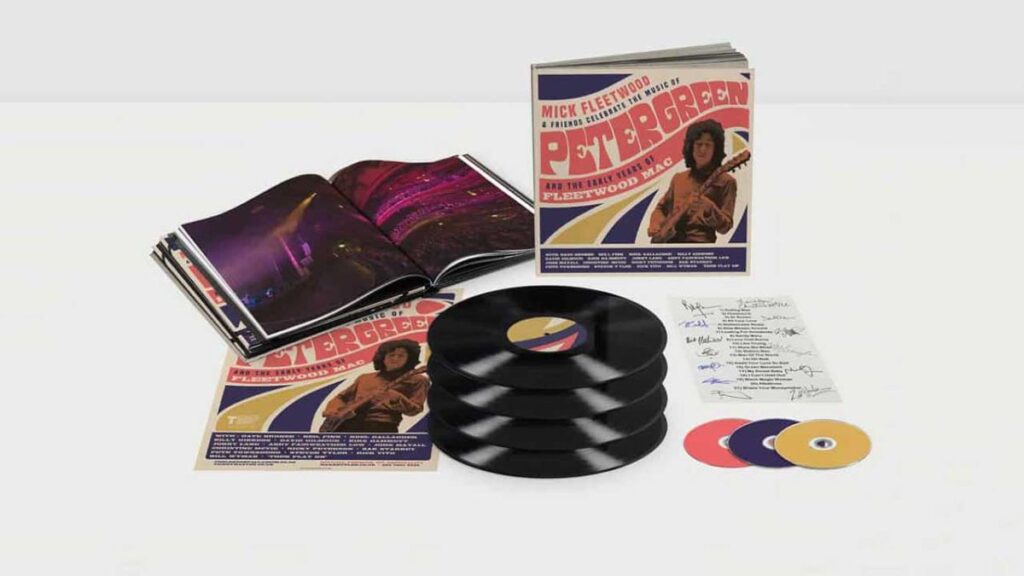 On April 30, BMG will release Mick Fleetwood and Friends Celebrate The Music of Peter Green and the Early Years of Fleetwood Mac. This set will be issued in multiple variations that includes 2CD, 4LP vinyl, a 2CD/BD set, and an all inclusive Deluxe Box with 4LP/2CD/BD. The Blu-ray Audio disc will feature high-quality sound with Dolby Atmos Stereo and 5.1 Surround mixes. 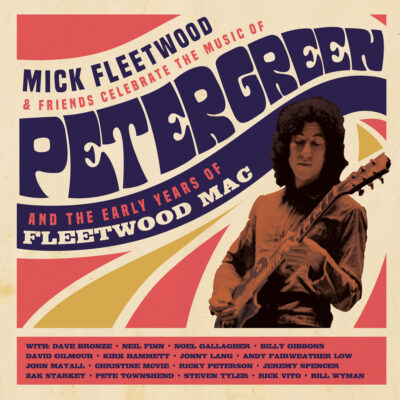 The six-panel digipak 2CD package will include a 20-page booklet as will the 2CD/BD which ships in a mediabook form. The 4LP vinyl set is sleeved in gatefold jacket. The all-inclusive box will include a 44-page book within.

Mick Fleetwood and Friends Celebrate The Music of Peter Green and the Early Years of Fleetwood Mac
01 Rolling Man
02 Homework
03 Doctor Brown (with Billy Gibbons)
04 All Your Love (with John Mayall)
05 Rattlesnake Shake (with Billy Gibbons and Steven Tyler)
06 Stop Messin’ Round (with Christine McVie)
07 Looking For Somebody (with Christine McVie)
08 Sandy Mary
09 Love That Burns
10 The World Keep Turning (with Noel Gallagher)
11 Like Crying (with Noel Gallagher)
12 No Place To Go
13 Station Man with Pete Townshend)
14 Man Of The World (with Neil Finn
15 Oh Well (Pt.1) (with Billy Gibbons and Steven Tyler)
16 Oh Well (Pt.2) (with David Gilmour)
17 Need Your Love So Bad
18 Black Magic Woman
19 The Sky Is Crying (with Jeremy Spencer)
20 I Can’t Hold Out (with Jeremy Spencer)
21 The Green Manalishi (With The Two Prong Crown)
[with Kirk Hammett and Billy Gibbons]
22. Albatross (with David Gilmour)
23. Shake Your Moneymaker