The Studio Works of Rhinoceros Is Collected In 3CD Box, The Elektra Albums 1968-1970

The unconventionally assembled late ’60s band, Rhinoceros, released 3 studio sets via Elektra Records. The band survived for three years amid rapid lineup changes before disbanding. Rhinoceros never really got going during a period of musical growth leading to the ’70s. But the band was not bad, just…ill-timed. 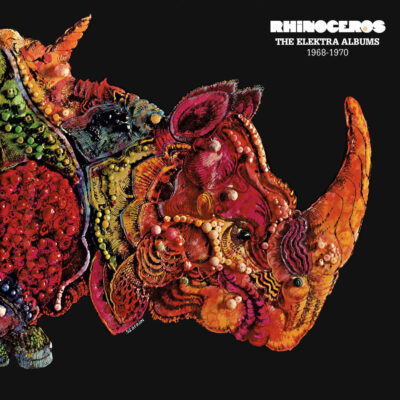 On October 30, Esoteric Recordings (Cherry Red UK) takes a bold move to revisit the recorded catalog of Rhinoceros, remaster all three of their  albums, and reissue them as a 3CD box. There are no bonus tracks, if any existed. The Box is being called Rhinoceros: The Elektra Albums 1968-1970.

The 3CD Rhinoceros box will pack in a nice booklet with photos, essays, notes, and other things to honor the short-lived band. Personally, I’m pleased to see this assembly happen. Now let’s hope Esoteric become even more daring with other obscurities.