UPDATE: Keith Richards and The X-Pensive Winos Classic Live Set, Live At The Hollywood Palladium, To Be Reissued For CD and Vinyl

Keith Richards is no stranger to any hallway in Rock. Not only is he a member of one of the most lauded Rock bands in history, he has collaborated and played with many. One of his side projects, The X-Pensive Winos, were his backing band for his three solo albums (Talk Is Cheap [1988], Main Offender [1992], Crosseyed Heart [2015]) kept Richards entertained and busy. One of their released albums was the recorded live set from their December 15, 1988 LA show called Live At The Hollywood Palladium. 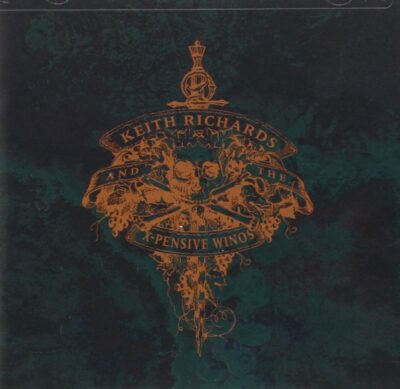 On November 13, BMG will revisit Live At The Hollywood Palladium with a reissue of the title. The Deluxe ‘take all’ Box will contain 2 180g-weight vinyl LPs, newly remastered for this set, the original set on CD newly remastered, 3 unreleased tracks on 10″ vinyl, a DVD of the original concert film, a 40-page book (with an essay by everyone’s favorite rock critic, David Fricke, and reproduction elements from the tour that includes stuff like press release, Keith’s handwritten setlist, dressing room sign, press photos, tour itinerary, ticket stub, VIP backstage pass, custom Palladium guitar pick, and a promo bag.

The Keith Richards & The X-Pensive Winos set, Live At The Hollywood Palladium will be offered on CD, DD, and vinyl LP. In addition, a limited edition vinyl box of the title will be offered along with a separately available and collectible red vinyl press LP.