AS short as the career of The Stooges was, they still produced an explosive period of time that remains memorable. Iggy Pop found resurrection with David Bowie, and therefore enjoyed a long-lasting solo career that still produces to this day. But when Iggy and The Stooges played together, there was Rock ‘n Roll power. 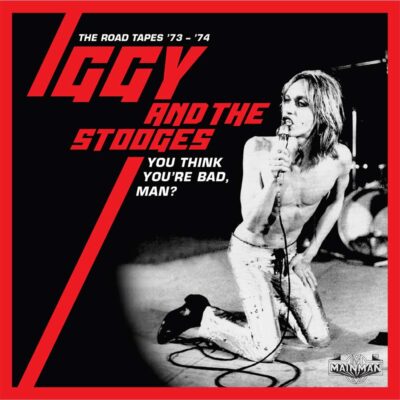 On November 20, Cherry Red UK revisits the Raw Power tour, supporting their 1973 album, with a 5CD collection of five shows from that 1973/1974 tour. This includes the final show played in Detroit in 1974.

The set is called You Think You’re Bad, Man? The Road Tapes ’73-’74. The shows include sets from Detroit, LA, Baltimore, and NYC, the essence captured over 43 performance tracks. The included booklet contains photos, liner notes, and credits. CDs are sleeved in representative covers.

All of these shows have been previously released as bootlegs.