Hard Rock in the late ’80s and’90s presented a nice array of bands and styles. One of those bands was L7, a four-piece grunge group with three female musicians. Their debut Epitaph album was issued in 1988, and followed by their second (a Sub-Pop debut), Smell The Magic, issued in 1990. Now, Smell The Magic is 30 years old, and is ready for a celebration. 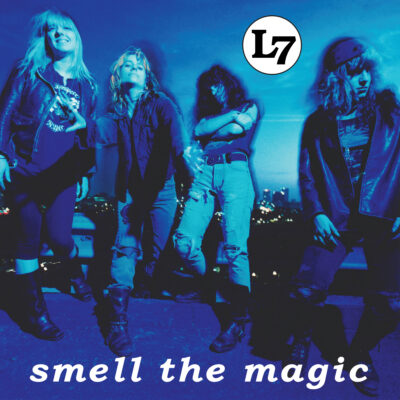 On August 18, Sub Pop and L7 will revisit Smell The Magic with a brand new remastered version. The original 1990 release was a six-track EP. But with more songs available, Sub Pop reissued it as a nine-track long-player in 1991. 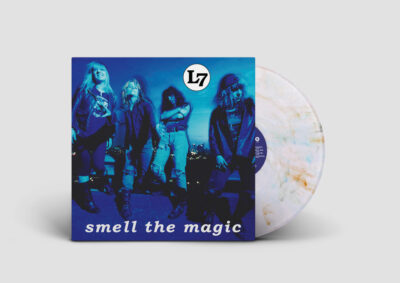 This version of Smell The Magic will be the title’s first LP edition and will be reissued as a standard black vinyl set as well as a special limited orange, blue, and gray melt Loser vinyl edition. This new 30th Anniversary remaster will also be available on CD and DD.