The MusicTAP Interview: Simi Stone on Her New LaunchLeft Single and Surviving 2020 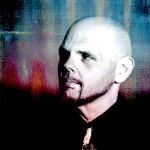 Given the intense, revolutionary times we’re all experiencing right now, being a working musician or visual artist is a tricky situation. Simi Stone, who is both a visual artist and songwriter, knows about this balancing act all too well.

“It’s so weird,” said Stone from her home in Woodstock, New York. “I feel strange posting up, ‘Check out my single!’ or whatever. I’ve been trying to navigate it.”

Over the years, Stone (born Simantha Molly Lou Sernacker) has worked alongside the likes of Natalie Merchant, The New Pornographers and David Byrne. But lately she’s indeed spent time reflecting on the serious issues cropping up across the world. Last month, The Washington Post published a feature on Stone and her recent pastel illustration of George Floyd.  “I was haunted by what had happened to him, so I wanted to draw him in beautiful colors,” she told the Post. “I needed to have another way of seeing him for me to feel okay.”

Just prior to that, she was working on her music. On June 9, she released a poppy new remix of her song “Beautiful One” via LaunchLeft, a Los Angeles-based indie label operated by Rain Phoenix. The song, a soulful yet mind-bendingly dreamy track, is a part of the label’s Digital Singles Series, which honors the upcoming 50th birthday of Phoenix’s late brother, actor/musician River Phoenix.

Stone chatted with MusicTAP about the new single, her latest LP, The Rescue, and her life as a full-time creative.

Pandemic aside, it seems being a working musician is getting harder by the year. What keeps you motivated?
Simi Stone: I make my living playing live shows. I feel a lot of it has to do with faith. I feel lucky I’ve been able to make a living as an artist and musician. I’m not famous and I don’t have a million followers, but I get to live my life as a musician. I am grateful for that every day.

You’ve lived in Woodstock for quite a while now, does that terrain inspire you?
I grew up in Woodstock and I moved back here about 10 years ago, so I am lucky to have the place I have. Woodstock is totally a music and performance artist town. I’ve always written my own songs and I was always singing. Ever since I was young, we were singing, on stage, doing acting classes, and expressing ourselves. I grew up around it. In second grade, they offered a recorder class and then if they felt like you were musically inclined, they offered you a position in the band or orchestra. My sister played violin and I lived next door to this locally well-known jazz violinist and she taught me how to play violin in the little field in front of our house. It was kind of destined, because I didn’t even pick it as my first instrument.

You eventually lived in New York City, correct?
I moved to the city right out of high school to go to college. I went there to attend a liberal performance arts college. I spent two years there. While I was there, I also joined a band. That was from the late ’90s to the 2000s. I stayed in the city for about 10 years.

So, you were there during 9/11?
I happened to be in Los Angeles during 9/11. We were supposed to fly home on 9/11 in the morning, but my friend woke me up and was like, “Oh, my God, they’re bombing New York!” We didn’t know what was going on yet. It was so insane. We got stuck on Venice Beach for two weeks.

That was a surreal time to live in NYC.
Yeah it was. It was so different. It changed everything. It was the first inkling of, “Oh, we’re not just totally safe and life isn’t awesome.” The status-quo got ruffled.

Starting in the early 2000s, you started playing in a few bands, right?
Yeah, I was playing in Simi, then we turned into Suffrajett. We always wrote our own music. That’s when I was first getting into playing in bands. We’d play all over the city. CBGB was still open, we played everywhere downtown. We were a part of the first Afropunk movement. I used to play with these three other African American women who fronted other bands. We were the Sistagrrl Riott—it was punk rock.

Nowadays you’re far from punk, what led you away from it?
Well, it was a transition. Part of it was I stopped drinking and went into recovery. After that, my music just started to shift. When I listen back to all of my rock and punk stuff—I was out there. I was singing about addiction, trouble and all that. I kind of went totally nuts in Chicago after we’d been on tour for like four years. Not with one band. We’d come home, then I’d go on tour with another band. I was really burned out and started writing acoustic songs. It just sort of came out. Then I came back to Woodstock because I ended up joining The Duke & the King with Simon Felice of the Felice Brothers.  I came up to do a show with them and then they asked me to be in the band. A few weeks after that we were touring America and Europe. We did Jools Holland. It was this big shift. During that period, I was listening to Neil Young and Sam Cooke. Some Bob Dylan, but a lot of Neil Young. I was going back to Woodstock roots.

Did that style feel more natural to you?
Yeah, it felt natural because I was in a time of healing and self-knowledge. I was growing up so my music changed. Then, I made this “mountain Motown” record with my friend David [Baron] who produced it. I was like, “What is this?” I realized it was mountain music but kind of Motown, too, so I recorded this new acoustic-soul-folk record [The Rescue]. It was just David and I. We made the record, just the two of us—instead of with the band like the first Simi Stone record. I got it all out. This record was the real breakthrough, I think.

When you’re writing new songs, do you wait until you feel inspired to write? Or are you always composing?
When I write nowadays, I do it when I feel I have something I have to get out, when I’m pushed to do it. I should probably do it more. The initial idea comes out and that’s when the work comes in. I sit down and listen to what I just did, pick out the lyrics I like, and form a piece of music. I was writing a lot when I was on tour and performing with David Byrne. I didn’t have an instrument with me, so I just started writing on GarageBand. It became my diary.

How did you meet Rain Phoenix from LaunchLeft?
I’ve known Rain since I was 15. I met her and her brother River in Woodstock when they came through with their band Aleka’s Attic. I loved their band. This was 1991. When any band came to town, we’d all go to Tinker Street and watch them play—even though I was underage. Rain and River were basically still kids, too. They had a violist, but it was electric. I remember thinking, “Oh, my gosh!,” because I played violin and I never saw anybody playing viola in rock or indie music. At that point, I was really into The Cure and They Might Be Giants, as well as LeVert or something. It was a mish-mash. But I loved Aleka’s Attic and Rain. She was such a bad ass when I met her. She was just doing it. I loved her because I was always a little bit of a weirdo growing up and she was just like, “You! We are going to be friends.” I thought, “I think there’s something about this lifestyle that I like.” It really made an impression on me. It was a really sweet time. I was even more excited after that to go to college and be in the city. I electrified my violin and painted it. I was on my way.

The new remix of “Beautiful One,” why’d you pick that for your LaunchLeft single?
Rain called me and was like, “I love this song. I want to put this out as the six-degrees of River series.” This new digital series is all connected to River in some way. She asked if it was already released, and it was. I put it out myself last year on The Rescue. We discussed other songs, but she really liked this one—so I offered to remix it and Rain liked that idea. I’d been playing in Pro Tools and GarageBand for the last couple years out of necessity, so I decided to try the remix myself, and I did it. Thankfully, she loved it.

It’s both trippy and poppy—the best of both worlds.
Yeah, it’s good that it’s trippy because it is a fucked-up time right now. Beyond that new single, I have a lot of music I’d love to release and I’m trying to figure out how to roll that out. Like everyone else, I’m waiting for the world to reopen. I have a record I made on my iPhone and it’s really personal. It’s about what’s happening now. I think it’d be cool to leave it how it is and not bring it into a studio. It’s kind of an art piece. I’m a visual artist too. It’s my way of getting through.