In the late ’70s, a powerful voice (with a bit of Rock n Roll history) released a debut with a lot of promise. That album was Desire Wire, issued in 1979. The voice belonged to Cindy Bullens. In 1980, Cindy Bullens was nominated for a Grammy with a song from Desire Wire, “Survivor”. As her star rose, she released Steal The Night (1979), after which she slipped out back and left for a time. I remember her vibrant voice from her first album with its songs that demanded attention.

Her ten year disappearance led to an eventual MCA comeback shot with a self-titled album issued in 1989. After eight studio albums, and two more albums with The Refugees as a folk trio (with Wendy Waldman, and Deborah Holland, Cindy re-emerged as a transgender male going by the name of Cidny Bullens in 2016. 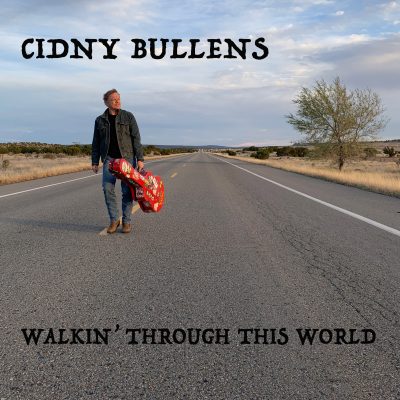