Creedence Clearwater Revival hit a peak wave with their fifth album (in just two years!), Cosmo’s Factory. Issued in 1970, the album produced a wealth of classic tracks (“Travelin’ Band”, “Who’ll Stop The Rain?”, “Lookin’ Out My Back Door”, “Up Around the Bend”, “Run Through The Jungle”, “I Heard It Through The Grapevine”, and others). Cosmo’s Factory sold over four million copies. CCR would release two more albums before calling it quits. 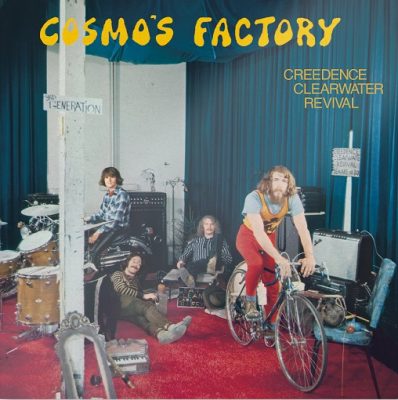 On August 14, Craft Recordings will celebrate the 50th Anniversary of Cosmo’s Factory with a 180g-weight vinyl LP. It will retain the 2018 half-speed mastering of Miles Showell from the 2018 vinyl 7LP box, The Studio Albums Collection. The housing will feature “tip-on” sleeve (The art is NOT printed directly on the sleeve but rather, is a separate layer pasted onto the jacket.) If you were having none of the 7LP Box, here’s your chance to pick up a breakout copy from it.

Here is a brief explanation of “Half-Speed” Mastering: “Using high-res transfers from the original analog tapes, the mastering process involves playing back the audio at half its recorded speed, while the cutting lathe is turned at half the desired playback speed. The technique allows more time to cut a micro-precise groove, resulting in more accuracy with frequency extremes and dynamic contrasts. The result on the turntables is an exceptional level of sonic clarity and punch.” 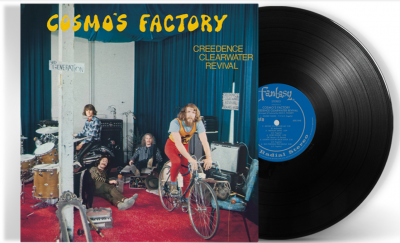