After decades of being shelved, the original Neil Young set that contained too much personal songs is finally being released. Homegrown was planned for release after Harvest. When it “slipped the disc”, Homegrown was cannibalized a bit for other releases. The title track, and “Star of Bethlehem” ended up on American Stars ‘n Bars, while “Love Is A Rose” appeared on his 3LP collection, Decade. Eventually, fans would hear “Little Wing” on Hawks & Doves, and “White Line” shows up on Ragged Glory. Now, the once hidden album is going to be released as it was originally intended to be heard. 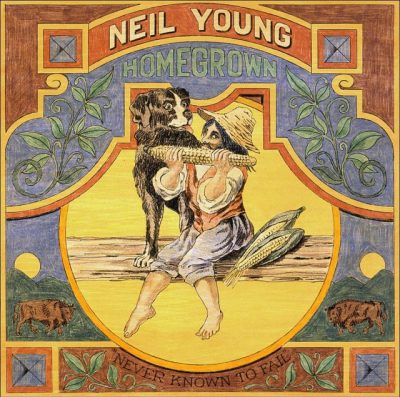 On June 19, Warner Records will release Homegrown. It will contain the twelve original tracks as they were recorded. Homegrown will be released on CD, DD, and vinyl LP.

Neil Young has stated that a 50th Anniversary edition of After The Gold Rush is forthcoming in 2020.