The Sword is an American heavy-metal band from Austin. TX that began their music back near the turn of the century. With six albums in release, their last being Used Future (2018), The Sword has easily set themselves as one of the better heavy metal bands in this era. Modeling their style after legends from the past, The Sword has made their mark.

On June 5, Craft Recordings will provide two separate 3CD collections. one filled with hits and fan favorites, Chronology 2006-2018, and one filled with 30 tracks of rarities and previously unreleased songs from the vaults, called Conquest of Kingdoms.

Chronology 2006-2018 will provide 52 tracks of known songs pulled form their six albums, as well as B-sides, rarities, covers, and live tracks. Of these, 12 of the included tracks are previously unreleased. The included 76-page hardbound book will present with new notes, more photos, and many other things that make books so much fun. Chronology will issue on 3CD, and DD. The CDs are housed in individual sleeves, and boxed in a 2-piece lift-top casebound book. 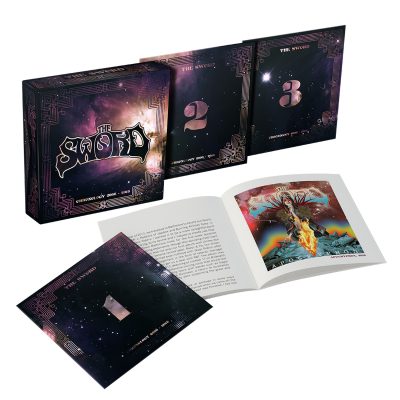 Conquest of Kingdoms is a 3LP vinyl set with a collection of 30 rare tracks, 16 of which are previously unreleased. The included tracks are studio, live recordings, and B-sides. These LPs are offered in black vinyl encased in a tri-fold gatefold package, and DD. A limited edition orange/blue/black splatter color vinyl is included in a collector’s bundle pack (250 copies) making the color vinyl edition quite rare. 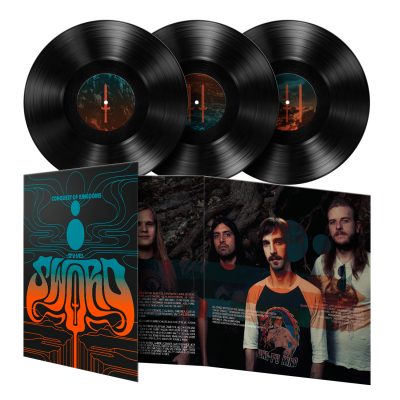