Skafish Debut To Be Reissued On Vinyl LP

Back in the late ’70s, I came across a single of “Disgracing The Family Name” b/w “The Work Song”, independently released and available in a record shop at the counter in a simple cardboard holder. I was intrigued and threw it in with my LP purchases. That single (which I have) ended up being far, far more interesting than the LPs I bought. When IRS Records released the debut album by Skafish a year (or more) later, I was first in line for the album.

Skafish helped to form the punk movement in Chicago in such a robust way, that he became as much an icon of punk as his music had. But these and other Skafish tales are numerous with a rich history that makes it worth investigating. If you’re already a Skafish fan, then this is no news to you.

Back in November of 2019, after re-acquiring the rights to the two albums from IRS Records, Jim Skafish reissued Skafish with a new 2019 remaster, and expanding the album with a previously unreleased bonus track, “Sink Or Swim”. A promise to reissue the timeless album in vinyl form was given. 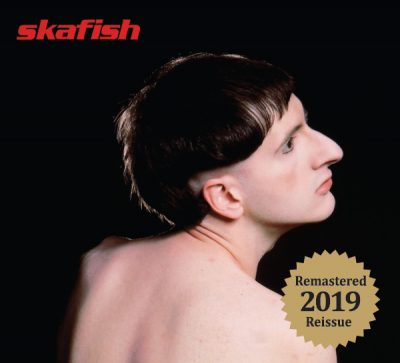 On May 7. the vinyl edition of Skafish will be released for fans to pick up. The new release will contain the bonus track. There will be other features that come with the album but those have yet to be announced.  This reissue of the vinyl set is the album’s 40th Anniversary.