In this world and in this age of abundant music, there is plenty to seek out and enjoy. But once in while, you hear something that is mesmerizing, something that makes you stop and look more closely. Recently, I came across an extraordinary talent in Anastasia Minster.

Anastasia Minster‘s music is jazz and classical-influenced but carries dark tinges of it across the notes and the delivery. Her voice is cathedral-worthy with an ability to soar into the rafters. Her lyrical explorations delve into areas of self-introspection that could be your own existential angst. The music is raw and club-like with mournful instruments. 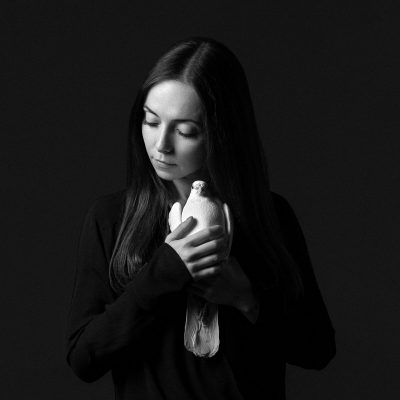 On April 2, Anastasia Minster will release her second album, Father. It deserves every inch of your attention if you’re a fan of dark singers like Marissa Nadler. Anastasia is echoey, dark, ascendent, choir-like, and altogether beautiful and demanding.