As early as 1966, Jefferson Airplane helped to pioneer the emerging sound of Psychedelic Rock. In fairly short order, they released seven strong albums with only changing audience tastes helping to bring about the changes that eventually occurred with the band. 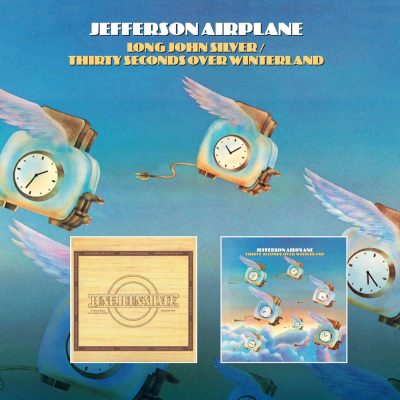 On March 27, Esoteric Recordings (a branch of the UK’s Cherry Red label) will reissue both Long John Silver (1972), the band’s last first-era studio album, and their exemplary 1973 live set, 30 Seconds Over Winterland. The two albums will be offered as a 2CD packages. Both albums will be newly remastered from the original analog recording tapes.

The package will be added to by the inclusion of a freshly designed booklet that will contain a new essay on the band and the two important releases.

CD2 (30 Seconds Over Winterland)
01 Have You Seen The Saucers?
02 Feel So Good
03 Crown Of Creation
04 When The Earth Moves Again
05 Milk Train
06 Trial By Fire
07 Twilight Double Leader