With the healthy base of Zappa fans in the world, it allows for a steady , stream of Zappa-heavy material – and there’ a lot of it – to become saleable for them to enjoy. Let’s face it, Zappa was never for everyone. Ever. Zappa skirted the periphery of allowable borders, often stepping over them to provide provocative sprinklings to his musical explorations.

In October 11 of 1971, Zappa and the boys played a potent gig at Carnegie Hall. It was previously released in 2011 and will now be made available again via Zappa Records as a 3CD, Mono set. So far, there is no word on any potential LP sets. 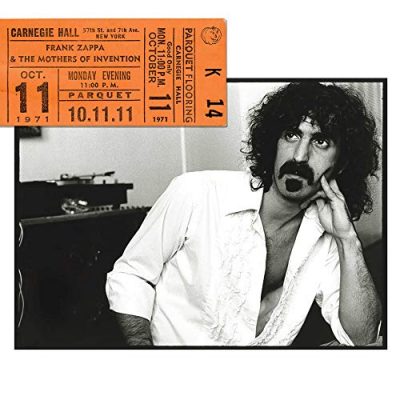 Watch for Carnegie Hall featuring Frank Zappa and The Mothers of Invention on April 3.