For decades, Gordon Lightfoot has regaled us with Folk-styled songs of stories and poetic observations. His first album released in 1966 and delivered an interesting take of the 1957 Ewan MacColl song, “The First Time Ever I Saw Your Face”. Of course, this song (originally written in response to the sight of MacColl’s future wife, Peggy Seeger) was more eloquently recorded by Roberta Flack, thus jump-starting her own career. It set the cornerstone for more embraced follow-ups by Lightfoot with his own compositions. Those include classics like “Sundown”, “If You Could Read My Mind”, the epic tale of “The Wreck Of the Edmund Fitzgerald”, “Rainy Day People”, “Summertime Dream”, “Daylight Katy”, and “A Painter Passing Through”. 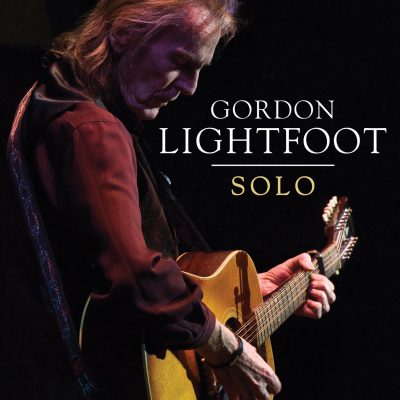 On March 20, Rhino Records will release Solo. Solo is the result of a rediscovered tape of demos recorded by Gordon Lightfoot back at the turn of the century for a possible album. The album never materialized and the songs gathered dust. Recently, the tapes were found and re-recorded in acoustic takes for this new album. The new album, Lightfoot’s first in 16 years, features ten ‘new’ songs. Of those, a single has been pre-released. The song is “Oh So Sweet” and can be heard below.

Solo will be released on CD, DD, and a slightly delayed vinyl LP. The LP is scheduled for April 3.