When one mentions Pink Floyd, a reverence fills the air. This is particularly true when any of their original content is being prepared for a Deluxe release. And for Pink Floyd, much of their catalog has been explored to their cores and released in multiple deluxe packages. So, is there room for one more? 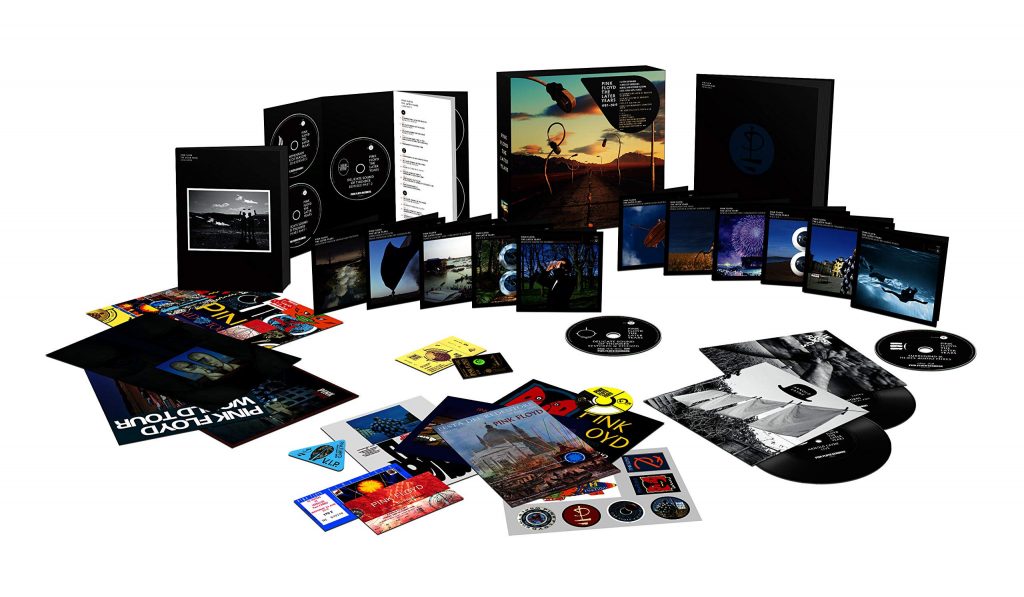 On November 29, (and just in time for Christmas gift-giving), a MASSIVE 15-disc package called The Later Years: 1987-2019. Confirmed earlier this year by Aubrey Powell (co-owner of Hipgnosis, the oft-used album design company started with the late great Storm Thorgerson), this box set will definitely arrive for Pink Floyd fans and hard-core completists. The years indicate music created after the departure of Roger Waters and would likely include unused and previously unavailable studio and live materials. These treasures would work from A Momentary Lapse of Reason through 2014’s The Endless River. A Delicate Sound of Thunder representing the tour for A Momentary Lapse of Reason, and Pulse representing the tour for The Division Bell are both likely to be explored in this box set.

For now, the content is speculative. But there is a product shot that brings a lot of hope. Stay tuned for information from ALL fronts once the news is released for actual disc content. A Momentary Lapse of Reason is rumored to have a 5.1 Surround mix available for this box. As with The Early Years, a wealth of extras will accompany the pricey box.

In a side note, Powell also revealed that the 5.1 SACD for Animals would see release sometime early 2020.