Penguin Cafe Orchestra left behind a beautiful library of five avant-garde classic albums (back when avant-garde was used as a term to classify hard to classify art-styled music). From their lustrous compositions of their 1976 debut, Music of The Penguin Cafe, through to their Union Cafe set issued in 1993. Formed by Simon Jeffes, the band explored a unique marriage of classical and rock music. Unfortunate for fans, the releases were slow and few. Simon Jeffes succumbed to a brain tumor in 1997. In 2011, Simon’s son, Arthur Jeffes, picked up the torch and formed the truncated Penguin Cafe in 2009 to further the musical vision of his father. They released their debut in 2011 with A Matter of Life. With three albums already released, Penguin Cafe is about to add to that legacy yet again. 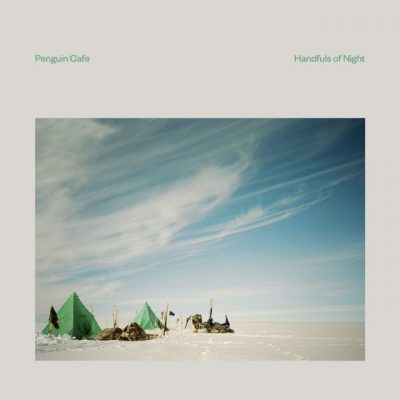 On October 4, Penguin Cafe will release their fourth set, Handfuls of Night. The new album is a musical result of Arthur Jeffes personal experiences in Antarctica exploring the path of Scott’s legendary trip.  With nine new tracks, Handfuls of Night promises to be as complex and full of beauty as not only this band’s set of previous releases, but also the five albums from the late Penguin Cafe Orchestra.