When the Canadian duo, Lightning Dust, released their last album (Fantasy – 2013), the world was a different place. Then, I was a long-time resident of Southern California. Now, I reside in Illinois but already have a new move planned. The world itself has undergone some dramatic changes in science, politics, and other stations. In short, there is no shortage of content for a new collection of Lightning Dust songs.

For those unaware, Lightning Dust are the unmatched Amber Webber, and Joshua Wells. Both were once members of Black Mountain (whose last album did not feature either Wells or Webber). Fast forward to 2019, a new LD album is being put onto calendars for a Fall release. And not a moment too soon. 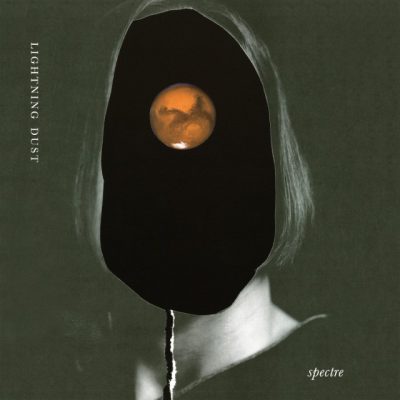 On October 4, Western Vinyl will release the fourth album, Spectre. In it, there are ten brand new songs, including the pre-release new single, “Devoted To” (hear below). If you’re a longtime fan of Black Mountain and/or Lightning Dust, then the first thing you realize is that you’ve greatly missed the stunning and nuanced vocal prowess of Amber Webber. (Solo album, Amber…solo album, please!) You’ll also easily notice that Lightning Dust have improved further their musical pathway taken on Fantasy (listen to the extraordinary “Diamond” from that album.) As a duo, Wells and Webber are easily able to craft songs that have strong radio appeal, and yet maintain a determined flavor for the album’s sake. 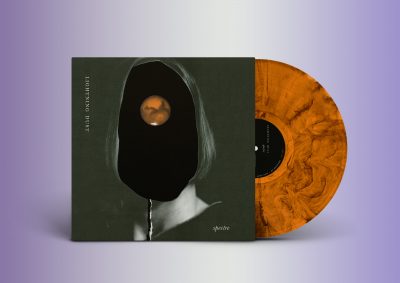 Spectre is being released on CD, DD, and two vinyl LP styles (industry-standard black, and a limited edition orange Moon-marbled vinyl). Both LP styles will provide download rights to the album’s tracks, and will feature an inner sleeve with printed lyrics. The CD will be housed in a cardboard wallet-styled case. Link for ordering here.