Black Oak Arkansas enjoyed their best years of rocking creativity back in the early ’70s with a count of nine classic studio albums, and several raucous live albums. Their main claim to fame was the radio success of “Jim Dandy”, not to mention their live shows were legend. By the time the late ’70s rolled around, the albums released by the band for MCA Records were underwhelming, perhaps in the light of changing audience tastes. It’s been a while, but it looks as if Jim “Dandy” Mangrum, and original cohort, Rickie Lee “Risky” Reynolds on guitar, along with a new cast of band mates, will be releasing a brand new studio album. 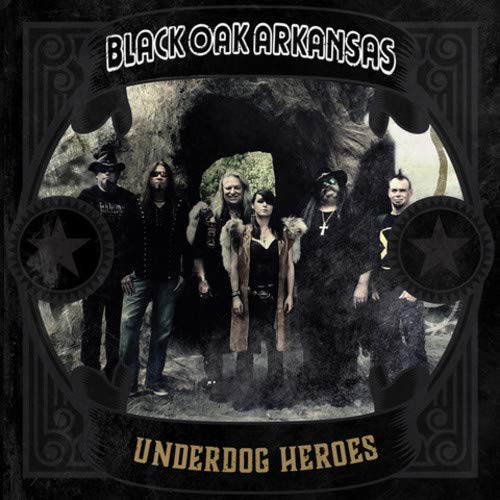 On May 17, Black Oak Arkansas will release Underdog Heroes, a new set with twelve tunes. The album will be released on CD, DD, and a limited edition Gold colored vinyl LP (only 300 pressed). Purple Pyramid will release the album.