Record Store Day generally initiates a lot of excitement for the vinyl rarities that eventually are up for grabs. For some, this represents upcoming titles soon to be seen on CD and DD formats. So, I’ll start at the obvious place in announcing this upcoming Cheap Trick reissue title from Real Gone Music. 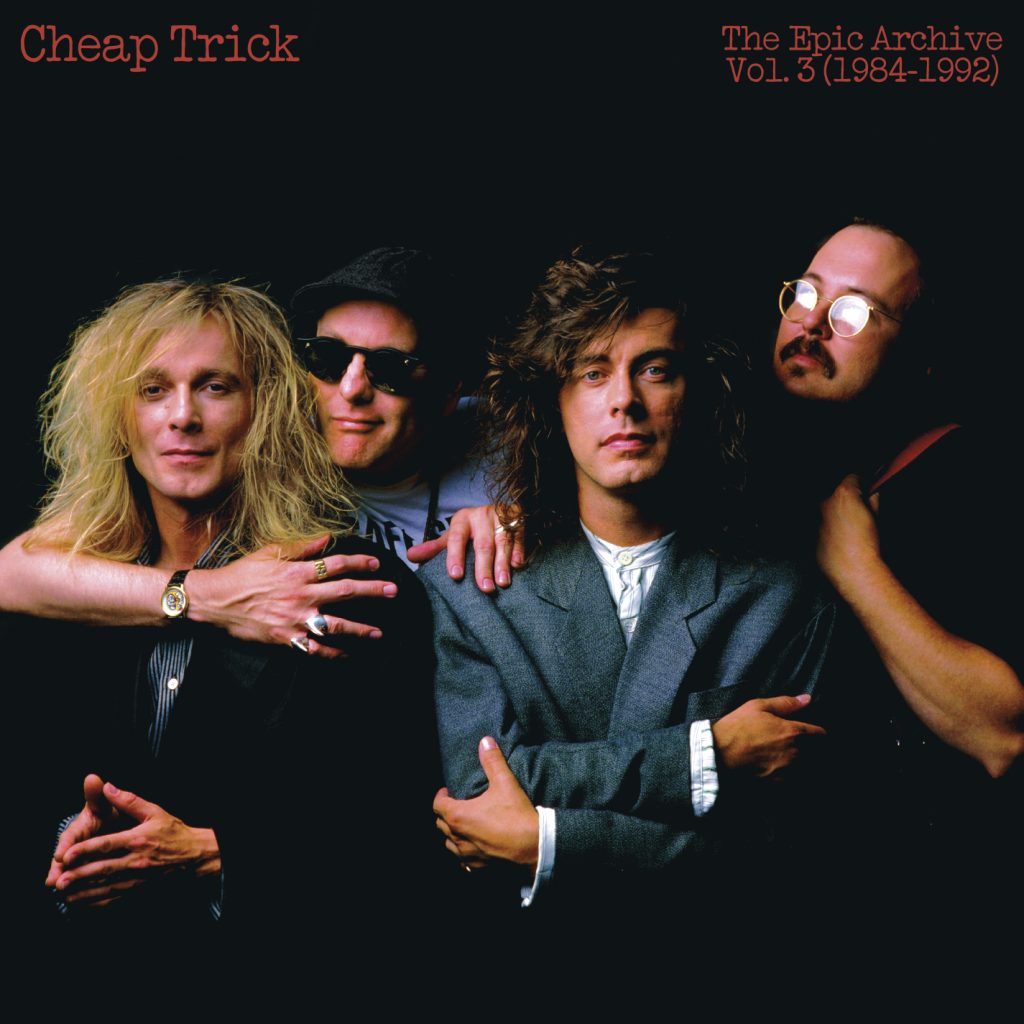 On April 13, Real Gone will release the next in their Cheap Trick Archive reissue series, Volume 3: 1984-1992 on 2LP Double Red Flame colored vinyl sets.  This will cover rarities from Standing On The Edge (1985) through Busted (1990), and include Lap of Luxury (1988). That effectively ends the Epic Records years and will end this series. Woke Up With A Monster was the next step by Cheap Trick, and it was released via Warner Brothers.

On April 26, watch for the CD and DD editions of this title reissue.

This new reissue will feature a collection of soundtrack songs will be on this set, songs never issued on official CT studio sets. Those include “Mighty Wings” (Top Gun), “Money (That’s What I Want)”[Caddyshack II], “You Want It” (Say Anything), and “I Will Survive” (Gladiator).