Pete Doherty of The Libertines, and Babyshambles has always been in the periphery of the press with goings on, issues, and of course, some pretty good music indicative of the independent music like that heard from the good ole late ’70s when Rock was transforming.

Recently, Pete Doherty released a new single with a planned album just down the road, which is the subject of this particular alert article…a new Pete Doherty album! 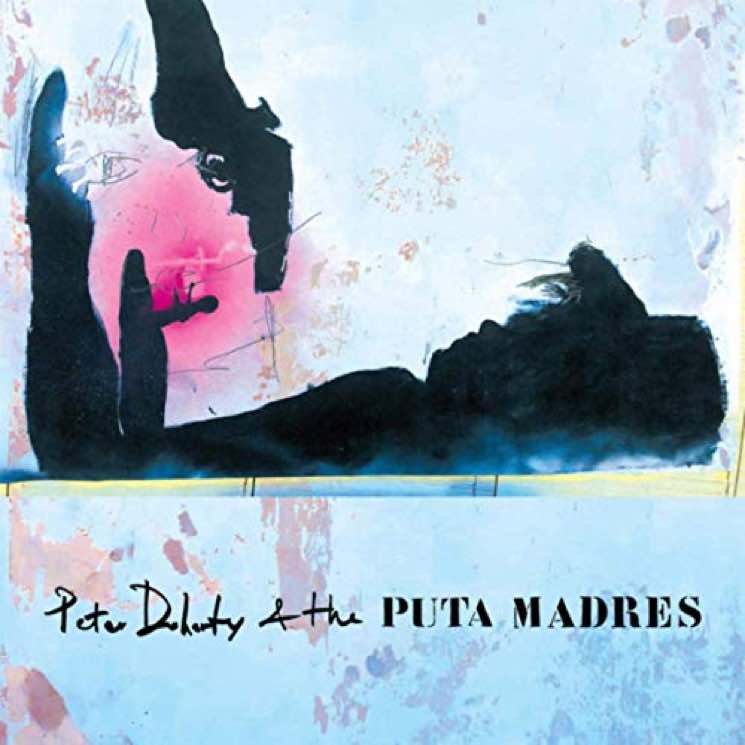 On April 26, Pete Doherty aligns with The Puta Madres, to release a new set of songs on a debut self-titled album, Peter Doherty & The Puta Madres. he new band is a collection of musicians which provide violin along with the usual complement of standard Rock positions (guitar, bass, keys, drums). Their newly released single (heard below) is called “Who’s Been Having You Over”. The album contains eleven tracks.

Peter Doherty & The Puta Madres (the band’s name is not profane or derogatory but actually means “the coolest of its kind”.) will go all out with a variety of ways to serve up the new album. The set will be offered on CD, DD, Cassette, a Deluxe Edition CD (which adds a live/demo CD and a DVD with film), and vinyl LP. In addition, a collection of items like playing cards, tees, hoodies, prints, lyric sheets, photo book, and badges are available at the band’s web storefront (here). An exclusive – and pricey – Art Deluxe Vinyl Edition, limited to 50 copies, is available with a royal blue vinyl LP, along with the DVD and bonus CD, and an album cover front customized and signed by Pete.

The band has an extensive tour schedule in place to support the new album.