Since 1975 and over a meager supply of seven albums in roughly forty-five years, Pavlov’s Dog has given a particular sound to progressive music. Their first release, Pampered Menial, issued in early 1975, and was followed by the equally promising At The Sound Of The Bell. Both were released on Columbia Records and featured the amazingly unique vocal of David Surkamp, who has remained with the band throughout it’s splintered existence. 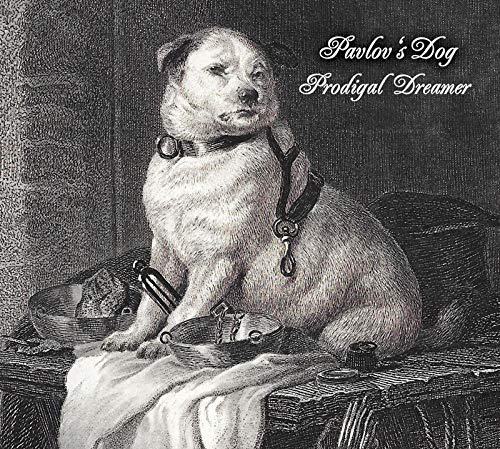 On December 7, Surkamp’s current iteration of Pavlov’s Dog (which, over time, has enjoyed the contributions of Bill Bruford, Michael Brecker, and Andy Mackay), will release the newest album, Prodigal Dreamer. Interestingly, this new album will feature a completely familiar cover, nearly the same as the band’s debut cover. (That may hint at a decisive end of the band.)

Prodigal Dreamer will be released on CD.