John Mayall To Release New Solo Album, Nobody Told Me

If there were ever a breeding ground for Rock talent, for sure it was the Bluesbreakers club of John Mayall. Over time, the John Mayall collaborations yielded Eric Clapton, Peter Green, Mick Taylor, Harvey Mandel, Mick Fleetwood, Aynsley Dunbar, Jack Bruce, John McVie, Andy Fraser, and a longer list than even this. Using baseball parlance, John Mayall and The Bluesbreakers were a “farm team” of sorts.

Throughout John Mayall’s livelihood, he recorded well near a hundred albums, many of hem as a solo performer. Many of these albums charted well giving John Mayall a legitimate shot at a fame beyond that which is accorded him now. And we’re about to get another from the prolific performer. 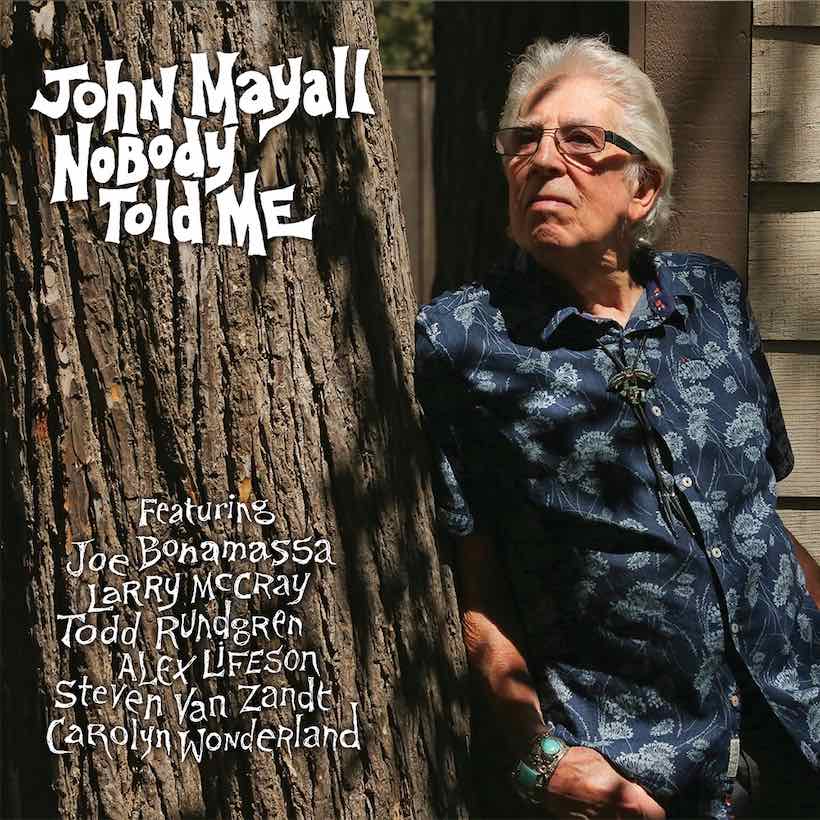 On February 22, John Mayall will release Nobody Told Me. This album will contain ten new songs from the Blues master, all recorded with a collection of notable guitarists like Joe Bonamassa, Steve Van Zandt, Todd Rundgren, Carolyn Wonderland, Alex Lifeson, and Larry McCray (see list below).

Nobody Told Me – John Mayall