It’s difficult to write a review of the music of Jorge Santana without first mentioning the weight of the famed Santana shadow cast by his brother, Carlos Santana. It’s admirable that Jorge gave it his completely best effort with his Malo affiliation and the few solo albums afterwards, particularly his ’70s releases, Jorge Santana (1978), and It’s All About Love (1979). His Malo efforts rewarded with not only enduring music from the four albums he played on, but also the timeless “Sauvecito” classic tune.

After Malo, Jorge Santana attempted to blend his guitar style with the popular Pop music of the time in blends that range from disco and Top40 pop to his expected world music applications. Not only were his songs of excellent production, he helped to foster a smooth jazz sound that took over in the late ’80s through parts of the ’90s. Even as he was unable to capture the market share his brother had, he nevertheless influenced it to a degree. 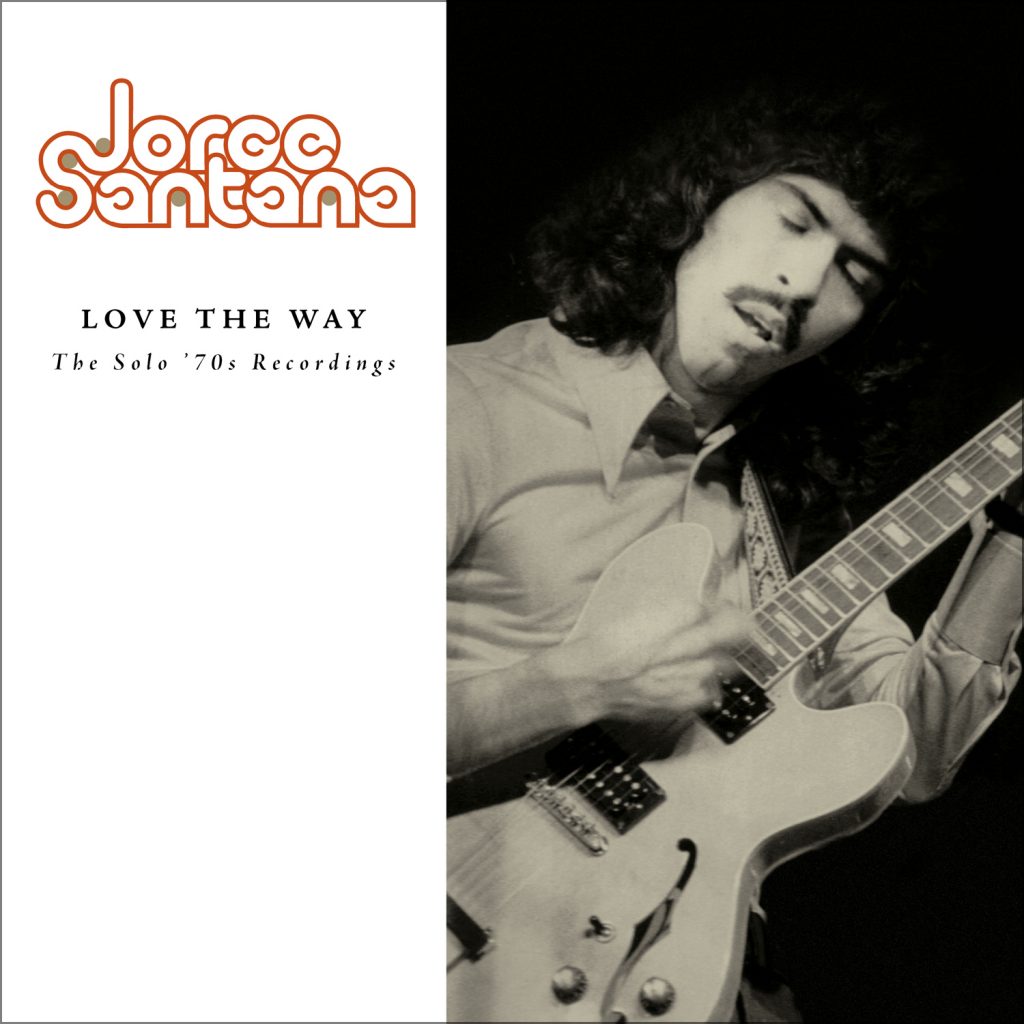 Omnivore celebrates the music of Jorge Santana with a single CD of fifteen tracks from both ’70s solo albums. Eight arrive from his first album, and seven comes from his second. With the previously mentioned musical explorations, all with Jorge Santana’s Latin flavor from his guitar. With two provocative covers, the albums were not only interesting to listen to, they presented something to talk about visually.

This Omnivore revisitation provides an insightful Bill Kopp essay that dives into the period of both releases, some photos, and the two album covers and credits for each set. The songs were remastered for the collection.

I can recommend this collection effortlessly for fans of Jorge Santana and his fans of Malo. You would not be disappointed for the remastered music on this. But for those that were unaware, Omnivore tirelessly and selflessly created this compilation out of respect and love. That’s something that not many labels do these days. I applaud Omnivore for Love The Way: The Solo ’70s Recordings, and the effort it took to offer it.