New EP by Fish, A Parley With Angels, Coming September 21

Recently announced, a new EP by Fish, the original vocalist for the band Marillion, will arrive September21. It is called A Parley With Angels. It features a new single, “Man With A Stick,” and the EP acts as an announcement for what Fish says is his final studio album, Weltschmerz. (Merriam-Webster’s defines this as “…mental depression or apathy caused by comparison of the actual state of the world with an ideal state.”)

A Parley With Angels will feature two other brand new tracks – “Waverley Steps” and “Little Man What Now?”  both of which appear on Weltschmerz.

Fish, whose real name is Derek W. Dick, cites the passing of his father in 2016 as the inspiration for “Man With A Stick.” He told Prog Magazine, in an interview, that his father had severe issues with his diminished capacities as he aged. A proud person, Fish’s father resented the walking stick he now had to rely on to steady himself.

From the Prog interview, Fish said, “After he left us I found it hard to look at any old men walking with a stick. I started to think about our relationships with sticks in our lives and how they go from being associated with fun and play to becoming something more sinister and symbols of power, eventually supporting us as our strength weakens and old age takes its toll.”

Weltschmerz, according to Fish’s website, “…will be available on vinyl and will have a lavish full deluxe CD package as well as something affordable for fans who can’t afford the more expensive versions. I’ll do my best to keep everything sensibly priced and you can be assured the quality will be superlative. More digital downloads and streams will be released as the album develops in line with the new approach I’ve adopted.”

Weltschmerz is slated to be completed and released in 2019 and will follow after the release of a deluxe edition of Clutching At Straws, the final studio album Fish made with Marillion. He said of his newest, which has been in gestation for over a year, that it will be a double album and will represent a fitting end to his recording career. While Fish does not plan to “go gently into that good night” – he will continue to write prose and, perhaps, screenplays – he shared his decision to make Weltschmerz his final musical bow, at least in terms of new music. He intends to tour behind celebrations of previous efforts.

Aside from the grieving process for his father, the new record and his further plans may have been influenced by several medical concerns of his own which developed in 2017. While his health has improved greatly, it surely must have impacted the decisionmaking.

From Fish’s journals, available on his website dated May 2017:

“(The doctor) told me the greatest danger with the condition, which I now know as atrial fibrillation (AF) was with blood clots as the fast moving valves don’t clear the heart chamber correctly and clots can be formed and washed out into the blood vessels. Now it started to make sense. 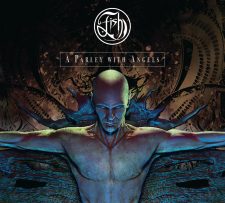 “He made me feel a lot more at ease and I knew what I was facing. I was prescribed anti coagulators and stronger Beta blockers one of which I’d taken earlier and seen my heart rate slide to below 90 an hour after the dosage.

“Although I wouldn’t have chosen to hear all this my attitude was that I now knew why I’d been having so many restless nights as my heart was flying while my body tried to sleep. I could rest a bit easier knowing that those shallow breathing occasions with chest thumping beats weren’t an oncoming cardiac arrest. A lot of subconscious fear got swept away and I knew what I was dealing with. So a huge thanks to the man whose name I won’t forget when I see him next time. I hope it’s not too long.

“I didn’t have a heart attack and am not at Death’s door yet.

“I have a treatable atrial fibrullation that means my heart is working in weird time signatures just now. What more would you expect from a progressive rock singer!”

For more information about Weltschmerz and A Parley With Angels, visit: http://fishmusic.scot/