It became known back in May that Cherry Red, UK’s premier reissue label easily outclasses the domestic reissue arms of major labels, would be releasing in-depth Howard Jones titles. Today, we discover that two of those titles will be reissued as MASSIVE 3CD/2DVD/LP boxes. These will include picture disc LPs, promo videos, remastered tracks, concert footage, and live performance tracks and BBC sessions. Yes, MASSIVE! 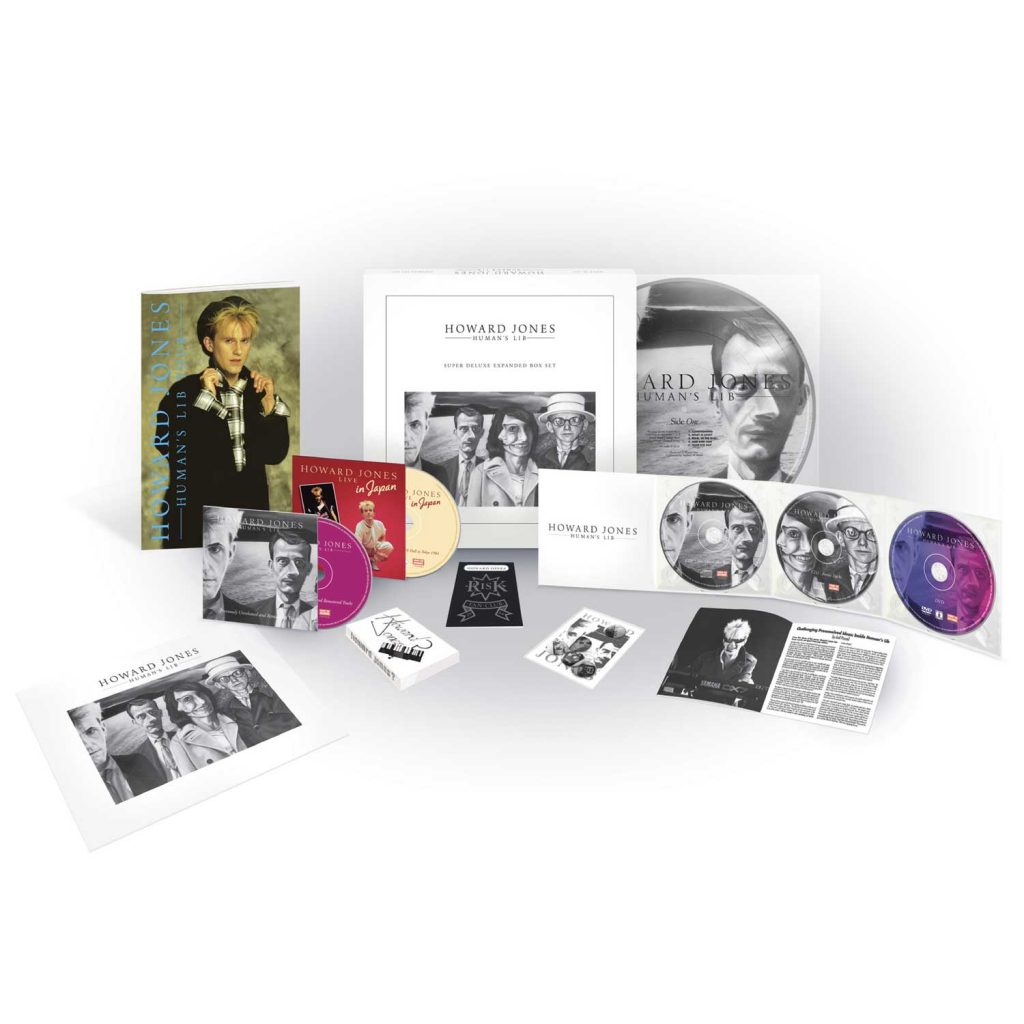 On November 30, Cherry Red UK will offer Human’s Lib (1984), and its follow-up, Dream Into Action (1985) as the firstfruits of that campaign. With a large amount of uncovered music and videos, and newly remastered original albums, the boxes will be rich for super fans.  Of course, if you’re not that willing, there will be a single CD offering as well as a 2CD/DVD Deluxe Edition. For vinyl collectors, there will be limited edition color LPs (white for Human’s Lib, and green for Dream Into Action). 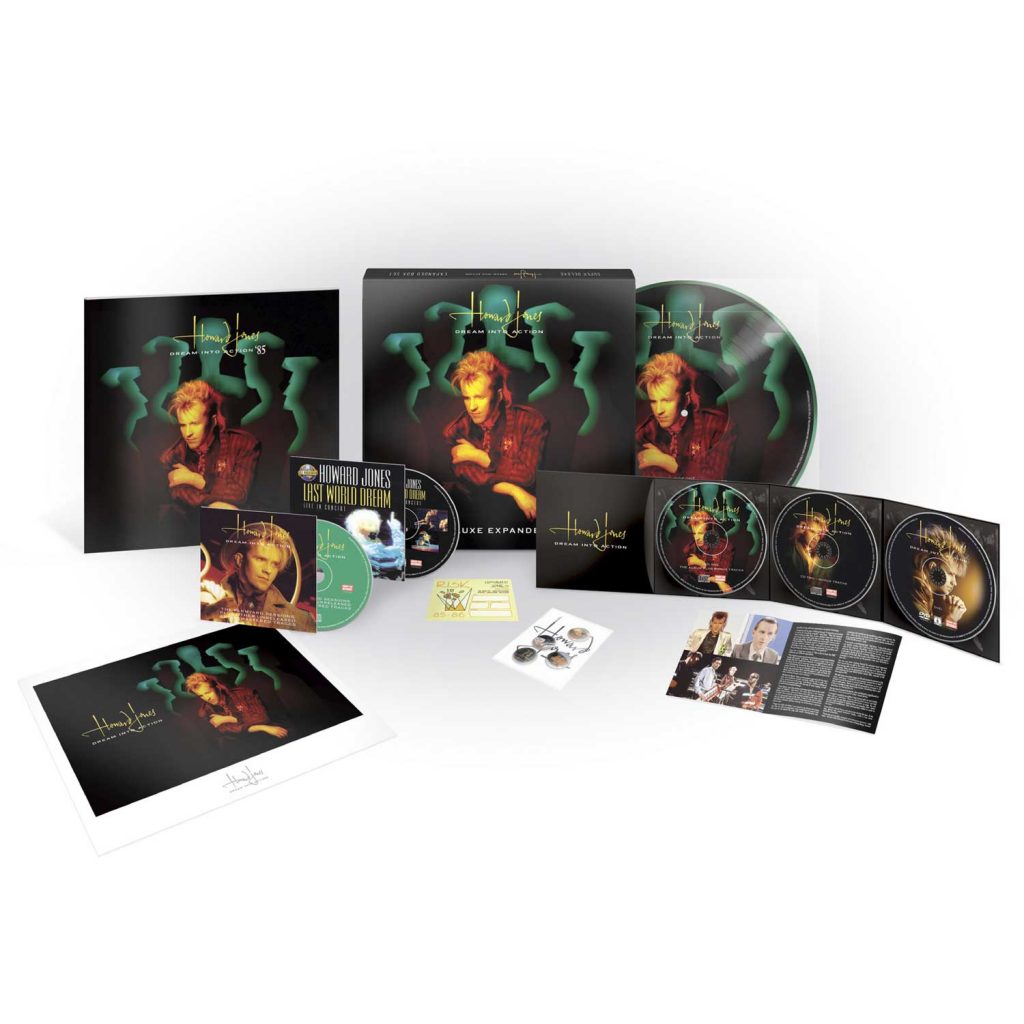 The extras will contain previously unreleased studio, BBC sessions, and live tracks. For Human’s Lib, the re-released Live In Japan makes its re-entry.  For Dream Into Action, there will be The Farmyard Sessions. Of course, there’s much, much more.

As add-ins, there will be replica tour programs, button badges, a replica of the Howard Jones fan club membership card, and lithographs of the covers.