Richard Lloyd played guitar for Television during the exciting developments of talent in NYC, and that of CBGB’s. The band released only two primetime albums (Marquee Moon – 1977, Adventure  – 1978, both on Elektra Records). Television released a later album on Capitol Records in 1992.  The self-titled album was performed by all the familiar members of the band.

Richard Lloyd recorded the well-received 1979 solo album, Alchemy. Over time, and on various other labels, Richard Lloyd issued six more albums. His last was Rosedale from 2016. 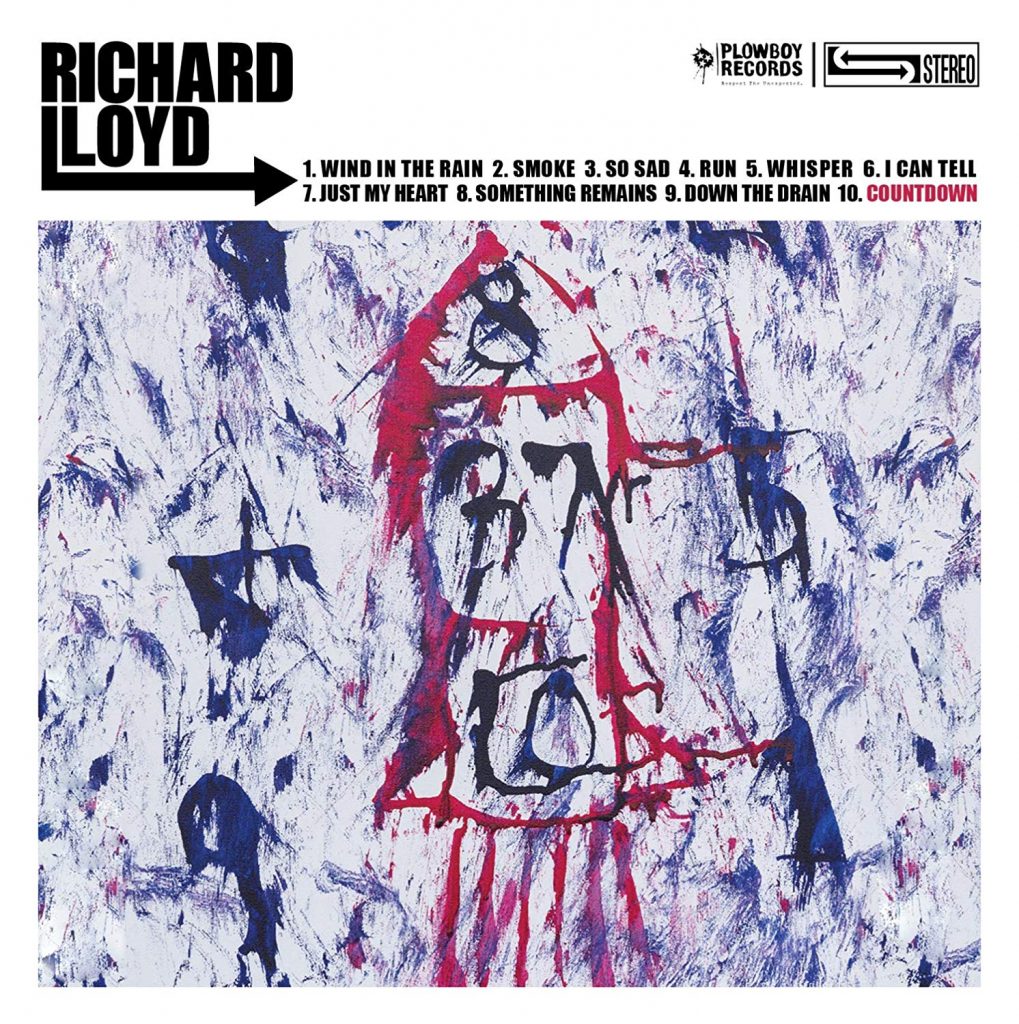 On November 2, Plowboy Records will release the eighth solo effort from Richard Lloyd. The new album is being called The Countdown, and will contain ten new songs. The album cover will feature artwork by Richard Lloyd.

The Countdown will be released on CD. DD, and vinyl LP.