Stanley Clarke has enjoyed quite a musical legacy. With his involvement in Return To Forever, and his playing with Ron Wood and Keith Richards in The New Barbarians, his time with his solo work was more limited than he probably would have liked. But regardless, he still managed to create the extraordinary School Days classic, released in 1976. Overall, Stanley Clarke produced over fifteen studio and live solo sets, and more music as sideman, Return To Forever, and a large list of film and TV music. This guy has been busy. 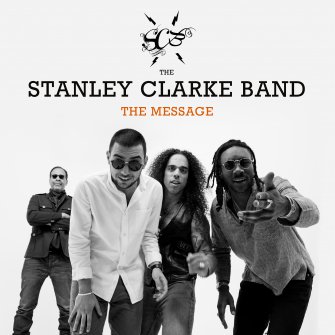 On June 29, Stanley Clarke (as The Stanley Clarke Band) will release a new solo effort. It will be called The Message and will contain eleven new songs.

The Message is scheduled to be released on CD, DD.

The Message – The Stanley Clarke Band