While the UK band, James, has been around since the late ’80s, it wasn’t until the ’90s that their music caught the attention of locales outside the UK.  Once signed to a larger label (Fontana), James released the best-selling Gold Mother (issued in the US as simply James). From there, the band gained a respected popularity among its world-wide fans. To date, James has released fourteen studio albums including Seven (1992), the immensely popular Laid (1993), Whiplash (1997), Millionaires (1999), Pleased To Meet You (2000), and the previously mentioned Gold Mother (James). 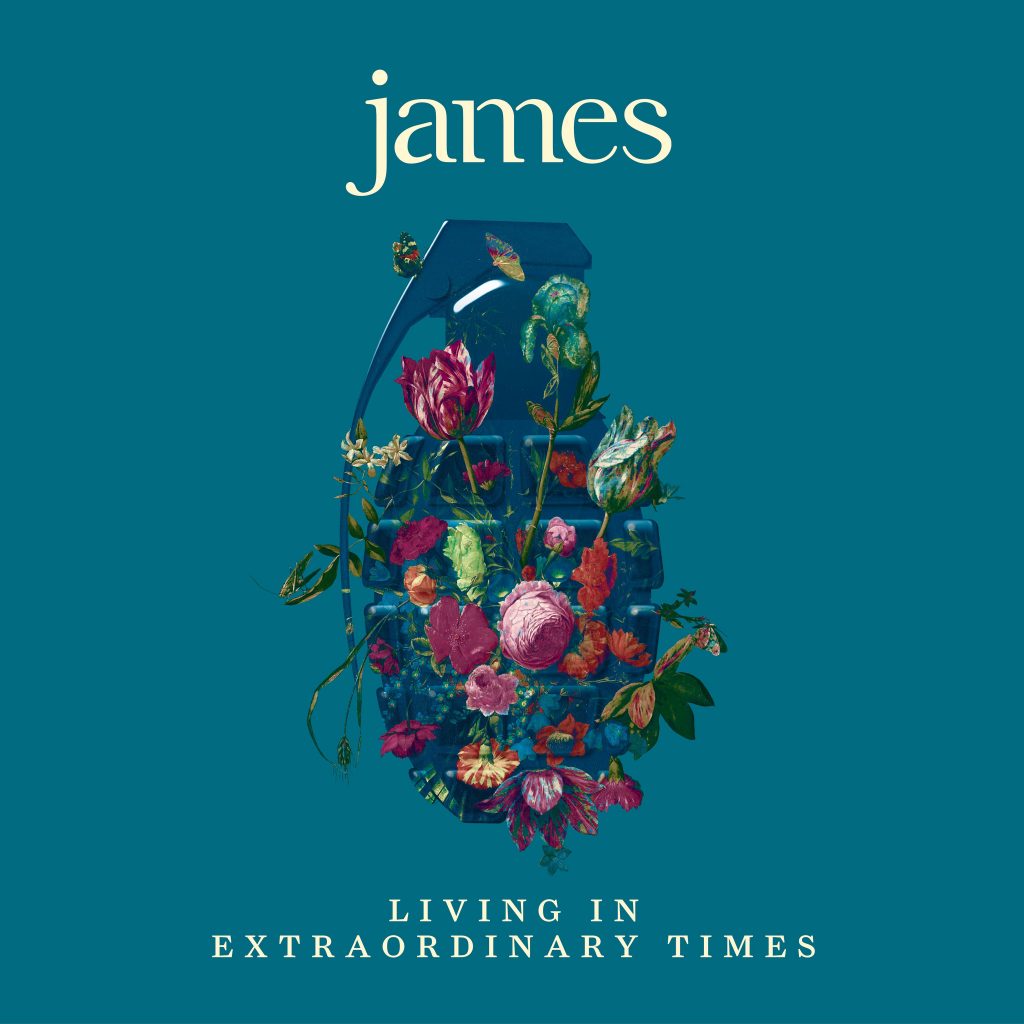 On August 3, BMG/Infectious Music will release the newest James album, Living In Extraordinary Times. The new album will contain twelve new tracks. This new album is planned for CD, DD, Cassette, and vinyl 180g-weight 2LP gatefold (plus white-colored vinyl LP). There will be four bonus  tracks provided  on the Deluxe CD set (see track list below for details). Brian Eno is heard on keyboards in “Coming Home (Pt 2)”.

On May 18, James will also release a new EP on CD and vinyl 10″ EP. The EP is called Better Than That and will provide four new songs (“Better Than That”, “Busted”, “Hank”, “Broken By The Hurt”). The title track is currently in release and can be heard below. None of these tracks will feature on the upcoming new full-length album.