With the last original component of Tangerine Dream gone, (Edgar Froese slipped into another realm in 2015), it’s sort of strange to recognize that Tangerine Dream still exists. This current lineup of Quaeschning, Schnauss, and Yamane, all of whom performed with Edgar Froese in the last iteration of legacy TD have recorded the music that Froese was working on leading up to his death.

Quantum Key was issued as a four-track EP back in 2015 not long after Edgar Froese’s passing. It contained musical realizations of compositions that  Edgar has been working on but was unable to record. Beyond that. there were additional sketches and fragments that were eventually recorded and released as a full-length album, Quantum Gate. Quantum Gate was released in September of 2017, and is currently being toured by the current line-up.

A 2CD merging of both Quantum Key and Quantum Gate was released on April 20 as a complete and fully realized Quantum Years production. As well, this 2CD special edition was released in honor of the 50th Anniversary of Tangerine Dream. 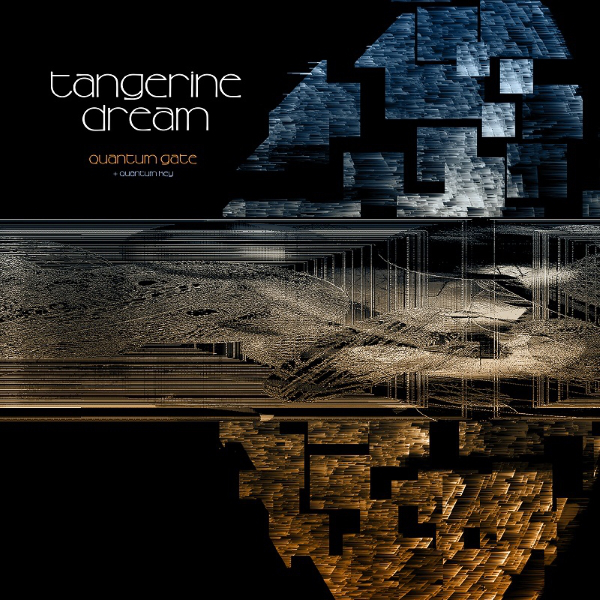 You may find yourself in one door or another as it relates to this current iteration of Tangerine Dream. Jerome Froese, son of Edgar has dismissed the idea that Tangerine Dream can exist without  his father in the lineup. To be fair, Jerome left the band over a decade before the death of his father.

I’ve listened to both sets and find them challenging and refreshing. It’s important to note that Tangerine Dream has seen many lineup changes within its fifty-year history. The most popular era was not even the original. Only Edgar Froese remained throughout every lineup. The hope for TD is that they offer a rejuvenation of the band, enough so that it allows for their acceptance with non-Froese compositions. Quantum Key and Quantum Gate is that attempt.

For me, both sets offer a strength that is pure TD in sound and concept. There is the essential eerie sound travel that had previously been evident in earlier TD works. In fact, the music found on both Quantum sets are strong arguments not only for an identifiable Tangerine Dream sound, but also as an invitation to continue with experimentation, something that Edgar Froese might very well have urged and supplied his blessing.

As for Quantum Key and Quantum Gate, both sets are extraordinary accomplishments and have the soul of Tangerine Dream deeply embedded in its music. If you were to ask me, while I truly miss that Edgar Froese is not involved, I’m all in for future TD releases.