For fans of vinyl and The Rolling Stones, who are willing to kick out for a collection of Stones albums, there is an upcoming 20LP vinyl Box set arriving. The Box, The Studio Albums Vinyl Collection 1971-2016 will feature new half-speed remastering along with adherence to the original artwork and packaging. The titles include everything from 1971’s Sticky Fingers and including their last studio set, Blue & Lonesome (2016). That’s fifteen titles, most of hem classic. All LPs will be pressed on 180g-weight black vinyl. 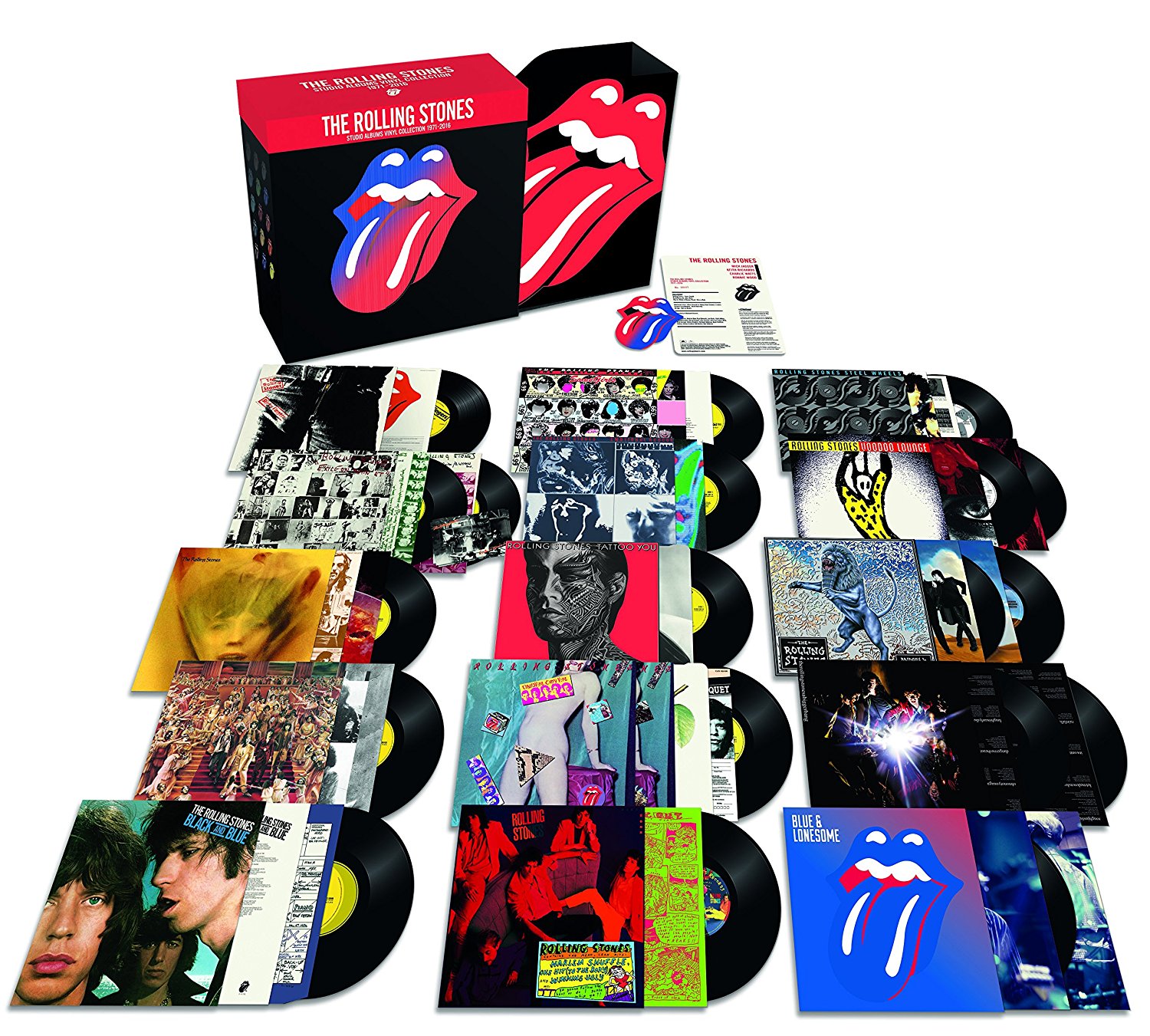 The Box is a Deluxe set – heavily priced. It will give collectors a great way to end their vinyl collection of The Stones for their shelves. I is planned for release on June 15. As a bonus, all the songs in their newly remastered state will be made available in a high definition DD. Each box will be authenticated with a certificate and numbered.