The Darkness To Release Live Set, Live At Hammersmith

Here’s something that you rarely see anymore from a currently established band, the essential live album. In decades past, a live album from a favorite band was a great thing to enjoy, especially if you’ve seen the band live yourself. But these days, that’s the last thing on anyone’s mind (other than shows from bands of earlier eras).

The Darkness formed in 2000 in the UK. Their first album, Permission To Land was released in 2003 via Atlantic Records giving the band a high-profile entry selling four million copies. That album generated five singles including “I Believe In a Thing Called Love”, and the popular XMas UK hit, “Christmas Time”.  From there, the band released One Way Ticket To Hell…And Back (2005, Atlantic Records), after which the band broke-up due to internal issues. A reunion delivered subsequent albums with Hot Cakes (2012), Last of Our Kind (2015), and Pinewood Smile (2017). 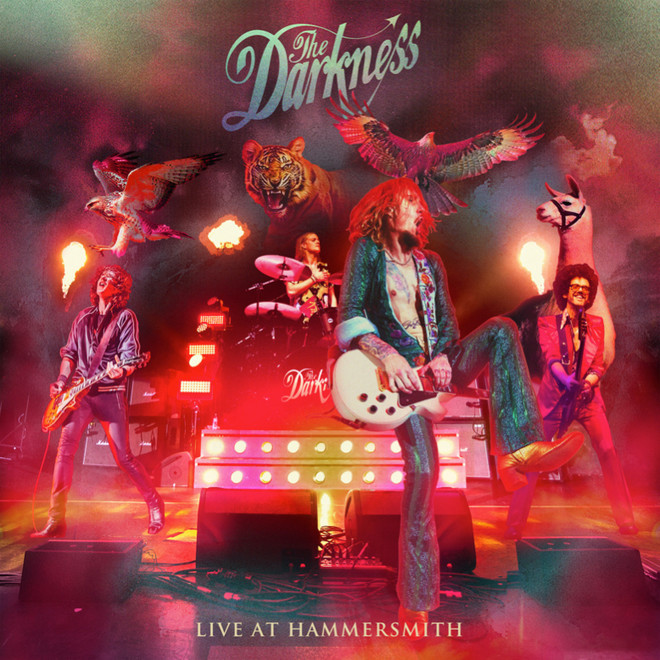 On June 15, Cooking Vinyl Records, along with PledgeMusic, will release a live set from The Darkness. This intended release from The Darkness is in keeping with their projection of old-school Rock n Roll, when live albums were a necessary part of a band’s catalog. It’s being called Live At Hammersmith. It will contain nineteen performance tracks (see list below). This set is from the band’s December 10th, 2017 performance at London’s Hammersmith Apollo.