In 1968. one of Rock’s greatest collection of songs was released as Anthem Of The Sun. The recording band was The Grateful Dead, and this album was their second album, a bi of a year after their debut Warners album. It’s hard to imagine that fifty years have come and gone since the release of Anthem of the Sun. It featured an added drum kit with the newly added Mickey Hart. And it gave a brilliant playback of now classic tracks, most past the eight minute mark.

With a history of over fifteen studio albums, each as different as the previous. It’s no surprise that these albums keep showing back up. They’re strong and are deserving of repeat. Since 2018 marks the 50th Anniversary of the 1968 classic, Anthem Of The Sun, Grateful Dead Productions will assemble a 50th Anniversary 2CD Deluxe package for the occasion.

On July 13, watch for this 50th Anniversary set of Anthem of the Sun to materialize. As of this moment, I do not have a tracking list of bonus songs to accompany the original album. But it’s safe to say the new album will be remastered. As I become aware of the material being included, I’ll update this small piece of news. But a least we have a date! 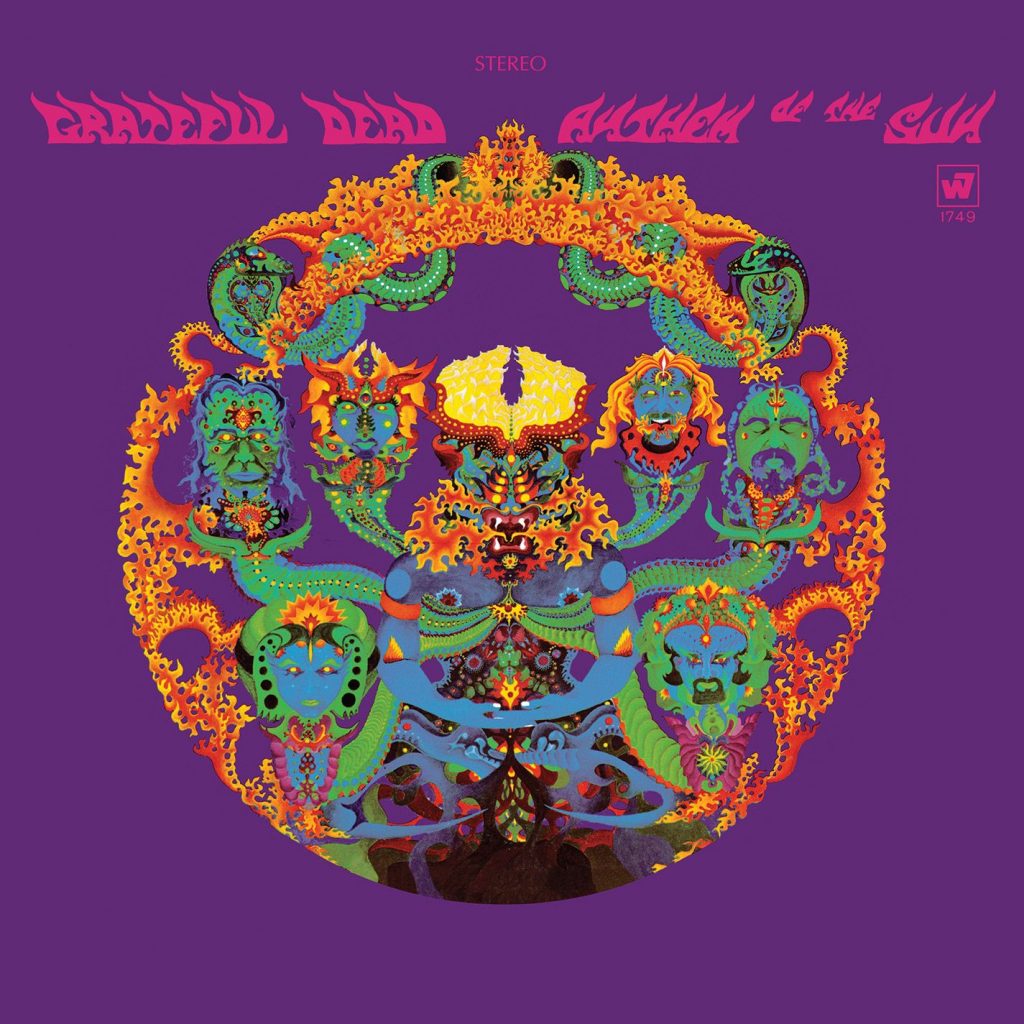 On the same July 13th date, a 12″ vinyl Picture Disc of the 50th Anniversary Edition of Anthem of the Sun will also be released.