In many bands, there’s an unsung hero. Although there are steps to recognize the talents of the individual, often the shadow cast by the big star is far too dark to allow much light to shine for recognition. One of the easy ones to recognize is Mick Ronson. 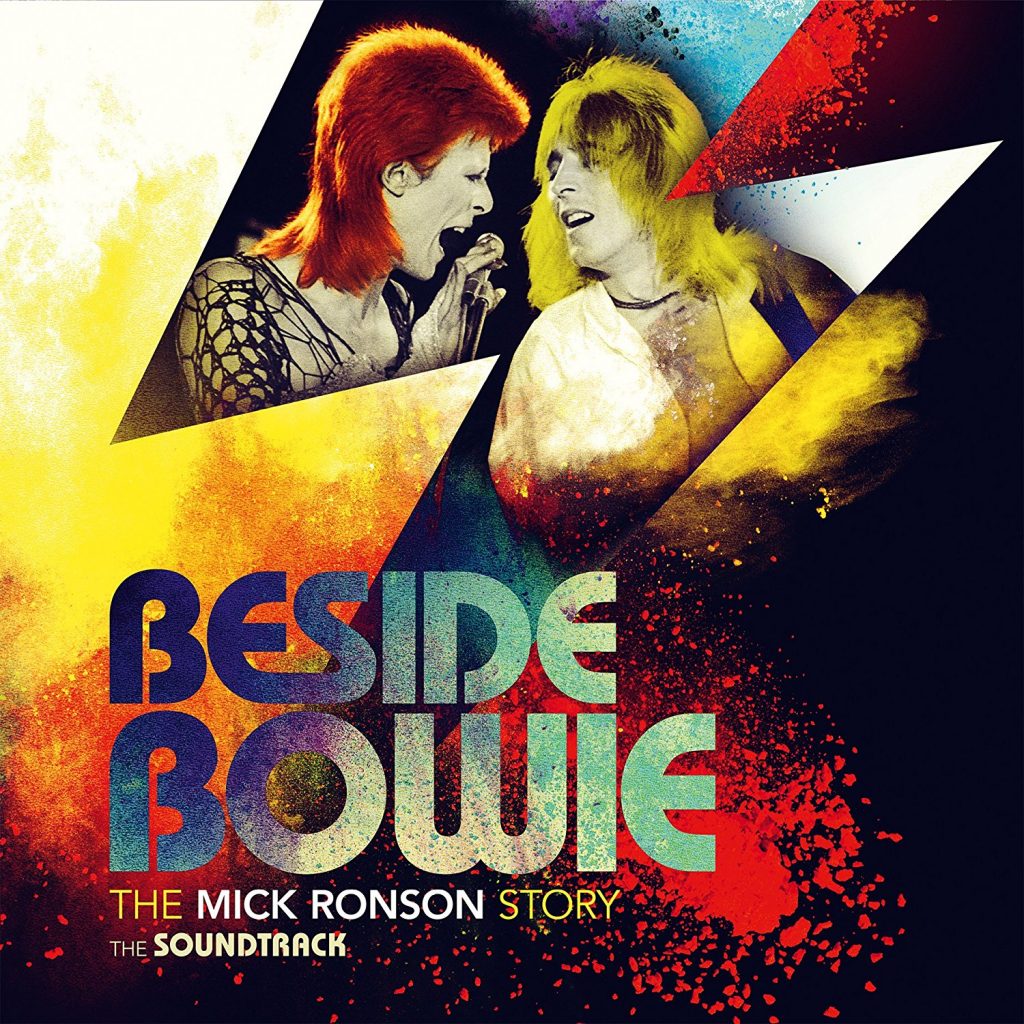 On June 8, a somewhat unbalanced but well-intentioned overview of the career of Mick Ronson will be released. It is (unfairly and for market’s sake) called Beside Bowie: The Mick Ronson Story. There are fourteen tracks found here that draw from sessions work, his tenure with Bowie, and with Ian Hunter, and a dose of music from his posthumous release of Heaven and Hull.  To be fair, Ronson’s reach scattered further than this collection would have you believe.

I say all this as I’m a fierce Mick Ronson fan who believes that he deserves better a remembrance than this weak set delivers, soundtrack or not. Nevertheless, while I might advise against this purchase (and I would), it is better than nothing, recognition-wise. While an enclosed booklet might do better justice, the musical offerings (and album/documentary title) are merely a marketing undercurrent designed to pull you in.

In the end, you have to choose as you will if Mick Ronson’s story interests you. Otherwise, I’d say wait for a better collection (something that Omnivore, Real Gone Music, Cherry Red, or another dedicated label could provide.

Despite all this, it is, in the end, a soundtrack to a documentary that airs on Hulu, and Amazon Prime. It’s also available on DVD and Blu-ray.

Beside Bowie: The Mick Ronson Story