Jeff Beck Live At The Hollywood Bowl On 2CD/3LP Sets

For over 50 years, Jeff Beck has been a strong part of our music landscape. From The Yardbirds, his own bands, and a series of solo albums, he has left behind an immeasurable imprint on the whole of Rock and Roll. And still, he produces a fiery range of talent. Just a little over a year ago, he released a solo album (Loud Hailer). And he’s been inducted into the Rock and Roll Hall of Fame twice, once with The Yardbirds, and once individually.

In the summer of 2016, Jeff Beck played at the Hollywood Bowl as one show in a celebration of his 50 years.

On April 6, Rhino will release a 2CD edition of Jeff Beck Live at The Hollywood Bowl. Previously, there has been  DVD and BD issues of the show, which featured a wealth of guest performers including Buddy Guy, Steven Tyler, Jan Hammer, Jimmy Hall, Billy Gibbons, and others.  Additionally, there were imports (into the US) of CD and LP recordings.

On May 25, Rhino will also re-release a 3LP vinyl edition of Live At The Hollywood Bowl. If you were unable to score imports of these CD and LP editions, this domestic re-release should help you out greatly. 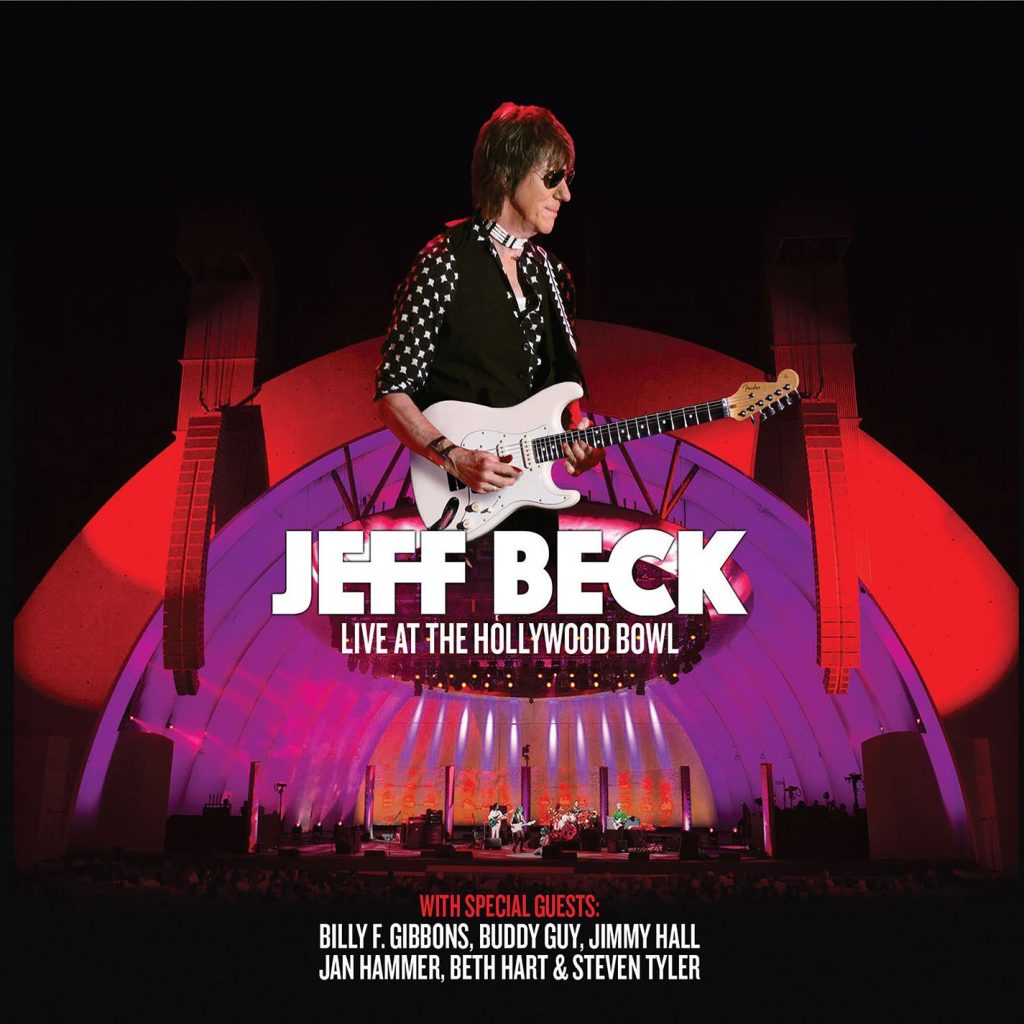