Mary Chapin Carpenter surprised me with the information about this release.  The reason is that I was still enjoying the previous album, forgetting that it was released back in 2016.  But nevertheless, a new Mary Chapin Carpenter is on its way. To push that point closer to home, two new singles from the new album have already dropped (“Heroes and Heroines”, “This Shirt”). Both newly recorded tracks offer a different MCC experience. But good experiences!

Mary Chapin Carpenter has been on radar since her arrival back in 1987 with the release of her debut Columbia album, Hometown Girl. She ramped up awareness with State Of The Art (1989), and gradually climbed higher with each subsequent release. After eight albums with Columbia, MCC signed with Rounder’s Rock imprint label, Zöe Records, where she released another five excellent sets. Her last album was released on Lambent Light Records.

On March 30, Lambent Light Records will resume with the release of Sometimes Just The Sky. This album will contain thirteen ‘new’songs, Of those, twelve are selected Mary Chapin Carpenter tracks that have been newly re-recorded in a live setting. (I’ve listed the tracks original album placements in the tracklist below,)  Only one is an original new track, “Sometimes Just The Sky”. 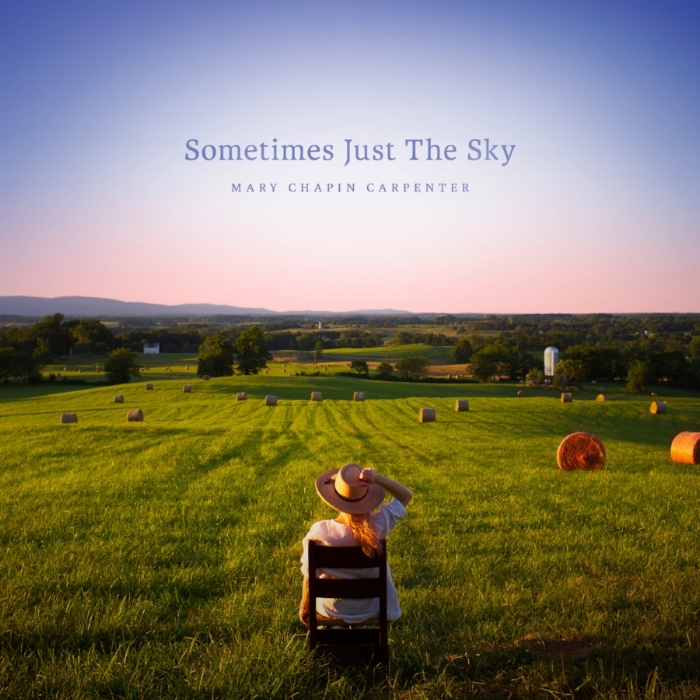 Sometimes Just The Sky will be issued on CD, DD, and 180g-weight black vinyl 2LP with included DD card.