In the late ’60s, a wealth of sounds and thoughts were swirling in the growing world of Rock and Roll and its listeners. The preoccupation with the Vietnam War, the need to expand consciousness beyond the scope of our boring three-dimensional interaction with reality, and the questions that new immersions in philosophy and concept would create (and never answer), as well as the need to shape our world through politics, were paramount to the times. Many band emerged in the US to ask those questions and to seek impossible answers. One of those were Arthur Lee’s Love.

Love was great in that they were willing to incorporate styles to make a great hybrid of music. One of their great classics is Forever Changes from 1967. In 2015, the album was newly remastered and presented to appreciative audiences. However, with the arrival of he album’s 50th Anniversary, Elektra Records has done the album extreme justice with a celebrating 4CD/DVD/LP 50th Anniversary Deluxe Edition. 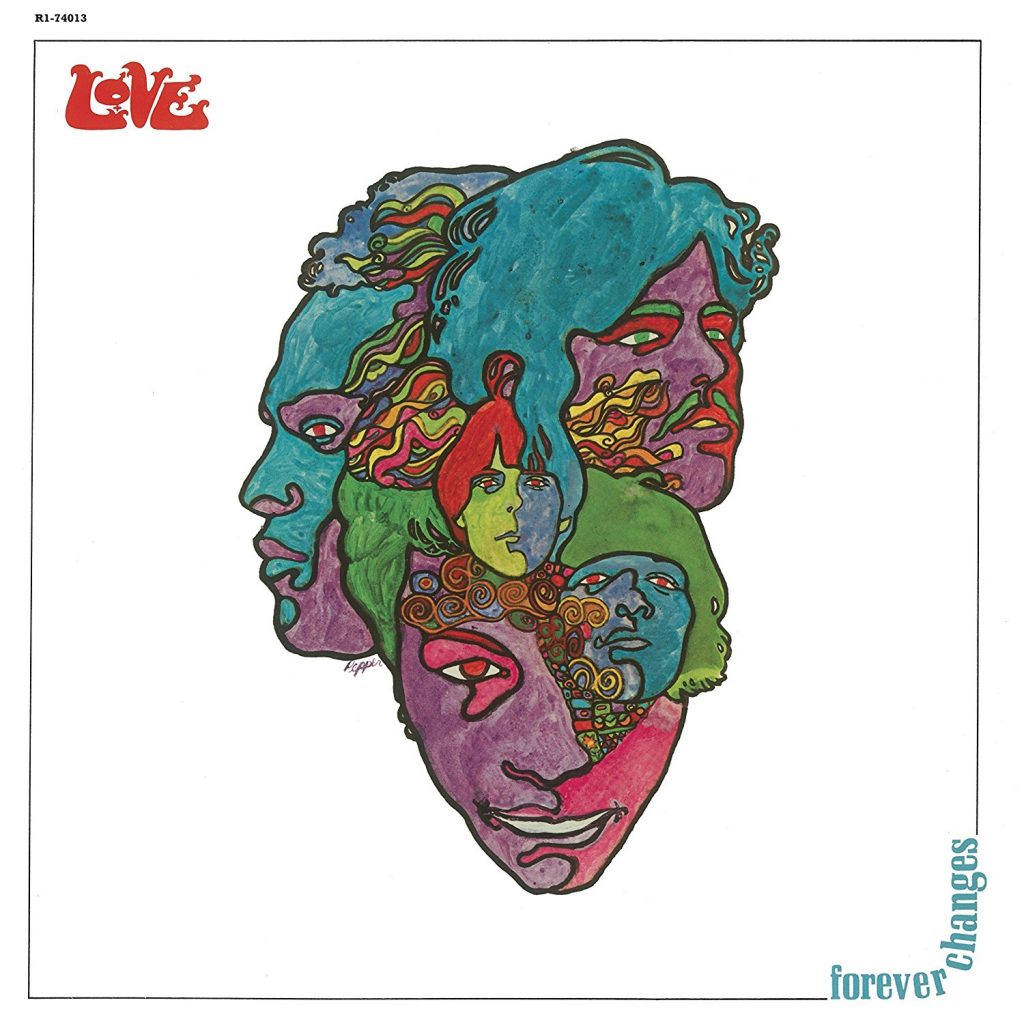 On April 6, you will be able to acquire the definitive set of this classic for your Love library, if you consider yourself one of the fans of the band willing to shell out the sum required.

A 12″ by 12″ hardbound book separates this massive reissue endeavor with a bunch of great photos, notes, essays, credits, and other insights.

This classic 1967 album beautifully captures the state of music back in the incredible period of the late ’60s.  It’s just an awesome album that deserves better attention than it (or the band) gets!