Some of us at MusicTAP have been fans of the Canadian Metal band, Kittie for some years. In fact, since our start in 2001 (yes, THAT  long ago!), one of our earliest columnists, Duane Leyva, who helmed Duane’s Pit Stop, interviewed Morgan Lander of Kittie for TAP (here) back in 2002. Since, the band has undergone several changes and had endured a death within the ranks (Trish Doan in 2017). Nevertheless, both Morgan, and Mercedes Landers remain with the band, as does Tara McLeod (since 2005).

On March 30, Lightyear Entertainment will release a video documentary set celebrating the 20 year anniversary of the band. This celebratory set will be issued on a 3-disc set that features both DVD and BD (Blu-ray) of the documentary, and a CD featuring a new live album from the band. The documentary details the history of the band with archival footage and interviews. The CD contains the recent live set from the October 27, 2017 London Music Hall show in London, Ontario, Canada. The documentary spans the band’s twenty years while the Live CD is a set of career-spanning music from the current incarnation.

The set is called Origins/Evolutions.  The live show will also be made available on vinyl LP scheduled for April 13. 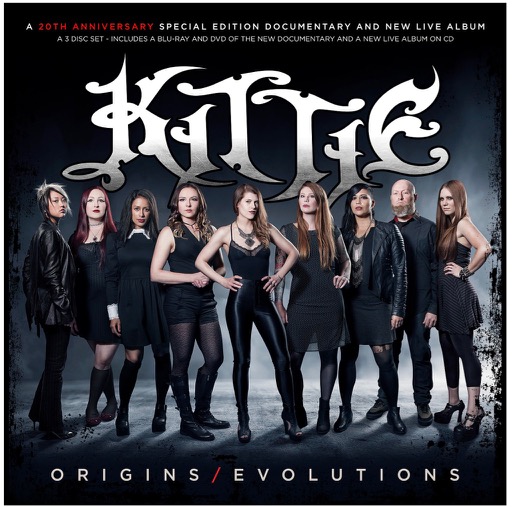