UFO left an indelible mark on Rock with the release of their well-received Phenomenon album from 1974. The follow-up of Force It (1975), No Heavy Petting (1976), Lights Out (1977), Obsession (1978), and No Place To Run (1980), set the band up for classic status among a growing and devoted fanbase. Before it ended, UFO had released 23 studio albums not counting the popular Strangers In The Night live set issued in 1979.

On January 20 of 2023, UFO will celebrate one of the classic era releases in No Heavy Petting. The original album will be remastered for this reissue, and five bonus tracks (one of them previously unreleased) included. Additionally, a 1976 Roundhouse (London) live set is included on a CD of its own. A poster booklet is packed in. 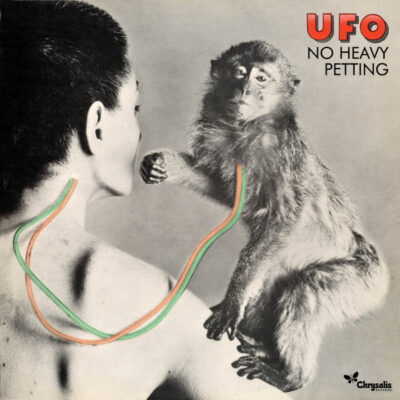 The Deluxe Edition of No Heavy Petting will be made available on 2CD, DD, and a clear vinyl 180g-weight 3LP package. The 3LP package will not include the bonus tracks. You can pre-order here. 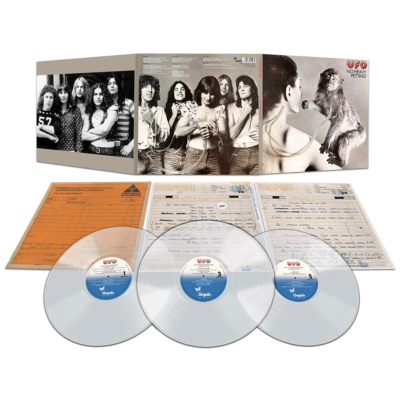 CD1 (Original Album Remastered/Bonus Tracks)
01 Natural Thing
02 I’m A Loser
03 Can You Roll Her
04 Belladonna
05 Reasons Love
06 Highway Lady
07 On With The Action
08 A Fool In Love
09 Martian Landscape
Bonus Tracks
10 All Or Nothing
11 French Kisses
12 Have You Seen Me Lately Joan?
13 Tonight Tonight
14 All The Strings
15 Have You Seen Me Lately Joan? (Acoustic) [previously unreleased]