From the early period of Rock, ZZ Top came to life and regaled the world with more than 50 years of classic music over 15 studio albums. Of those, nine rated Gold and Platinum with one achieving a covetous Diamond status (Eliminator – 1983, with four high-charting singles). Three longtime members gave way to two when Dusty Hill (bass) passed away in 2021. He was replaced with Elwood Francis.

On July 22, Shelter/BMG will release a new album from ZZ Top with Raw. Raw is the official soundtrack to the documentary, That Little Ol’ Band From Texas. Inside Raw, there are twelve newly re-recorded songs from the band’s yesteryears. These include “La Grange”, a break-out hit, “Tush”, and “Legs”. “Brown Sugar” has been released as a single from the album. ZZ Top will be touring beginning in May visiting 100 cities. 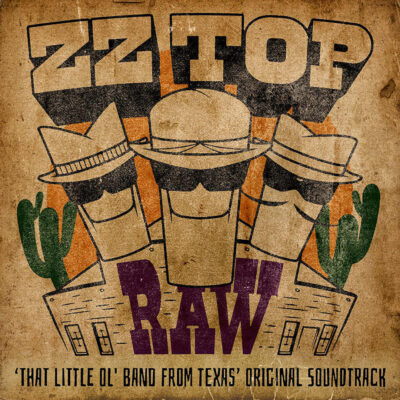 Raw is being released on CD, DD, and 180g-weight vinyl LP. A Limited Edition lava-color vinyl LP is planned that will be released uniquely with no two colorations the same (order here).