George Winston came to prominence with his collection of solo album releases on the once popular Windham Hill label. Although Windham Hill no longer exists, George Winston still releases albums via his own label, Dancing Cat Records (distributed via RCA Records). George Winston is master of the piano releasing excellent music for the platform. His last release was Restless Wind, issued in 2019.

On May 6, George Winston will release his 16th solo effort, Night. It will feature twelve new works that will include four Winston originals and eight piano interpretations of classic tracks. One of those will be Leonard Cohen’s timeless “Hallelujah”, Laura Nyro’s “He’s A Runner”, as well as Allen Toussaint’s beautiful “Freedom For The Stallion”. The album will theme on the entry of night into our world and what transpires during that period. A song from this new album can be heard below. 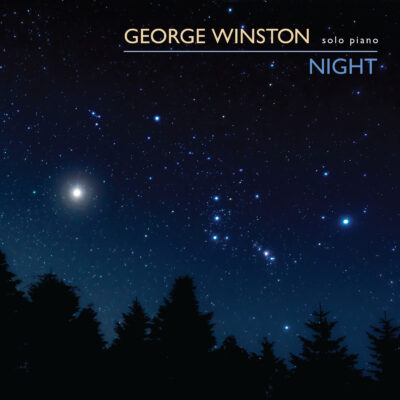 Night will be issued on CD and DD.