Spiritualized Ready To Release New Album – Everything Was Beautiful

The English Rock band known as Spiritualized has released 8 albums since their conception in 1990. With 30 years of existence, the spacey band has delivered strong albums for a devoted fan base. Their last release – And Nothing Hurt, a title cribbed from Kurt Vonnegut’s classic novel, Slaughterhouse-Five. That was in 2018. Fast-forward to 2021 and we have a new announcement from the band. 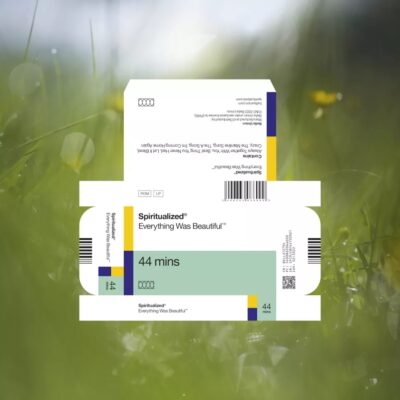 On February 25, Bella Union (UK) and Fat Possum (US) will release the next stage of Spiritualized with Everything Was Beautiful, again borrowing from Vonnegut with another part of the same quote that titled their previous album. (The actual quote is “Everything was beautiful and nothing hurt.”) This new album will contain 7 new tracks, with one song already available as the album’s first single – “Always Together With You” (hear below).

Everything Was Beautiful will release on CD, DD, and 2 versions of vinyl LP that include 2LP Black, and Limited Edition 2LP Pink. Printed lyrics are included for both vinyl and CD.