Stones fans and collectors of vinyl, gather ’round.

Keith Richards released his first solo effort as a Holiday-themed single. It was called “Run Rudolph Run“. It was actually the first Stones-related effort to display the now iconic tongue logo on yellow background. Released in 1978, this cover gave Keith a test run on how a possible solo outing might fare for him. 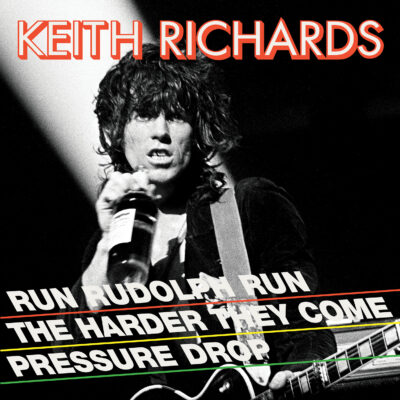 On November 5, Mindless Records (owned by Keith Richards and distributed via BMG) will revisit “Run Rudolph Run” with a 12″ Red and Black splatter vinyl LP. It will be pressed at 45RPM to provide an authentic feel to the original track. The non-album single will be joined by the original B-side track to the single, “The Harder They Come“, and will be added to with “Pressure Drop“. All songs are covers of great original songs by Chuck Berry, Jimmy Cliff, and Toots & The Maytals. 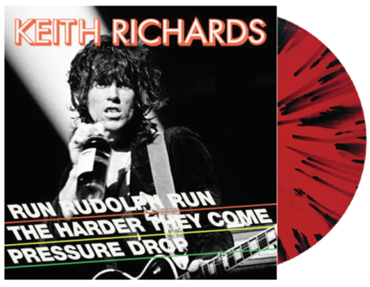 This exclusive 12″ vinyl edition is limited to 2500 copies.

Side A
01 Run Rudolph Run
02 The Harder They Come

Side B
01 Pressure Drop